Municipal Parking Lot In Brighton To Be Repaved 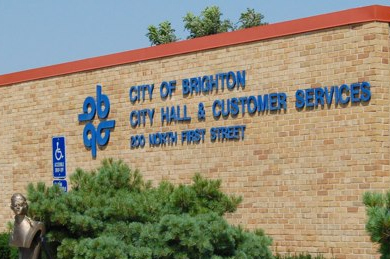 
City of Brighton officials have approved a contractor for reconstructing a parking lot downtown.

Earlier this year, City staff sent out a request for proposal (RFP) for improvements to be made at the municipal parking lot, but the price ended up being too high. DPS Director Marcel Goch stated during last week’s City Council meeting that there is now enough money in the new 2021-22 budget for repaving. Recently storm sewer repairs have occurred at the site along with some curb and drain structure replacement.

Seven contractors submitted bids for the new RFP with ASI, Inc out of Pontiac coming in the lowest. Their bid was $44,900, which was $1,000 lower than the next smallest bid. Staff requested that bidders submit not only for the milling off of four inches and replacing it with asphalt, but also submit an alternate price that included full depth removal with raising of the sub-grade. Across all bids, the milling bid was lower and is what the City will be going with.

ASI has worked with the City before and staff reports being satisfied with their work. The project will involve having to close the lot for a few days.

Notification will go out to businesses in advance and will be shared on the City’s website and social media pages. City Council unanimously awarded the bid to ASI with a 15% contingency for a total not to exceed $51,635.