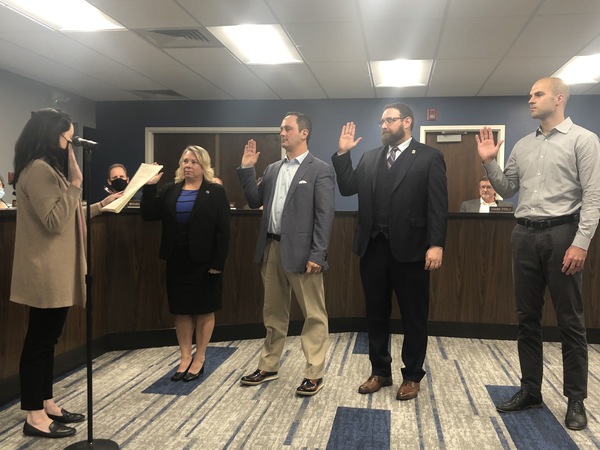 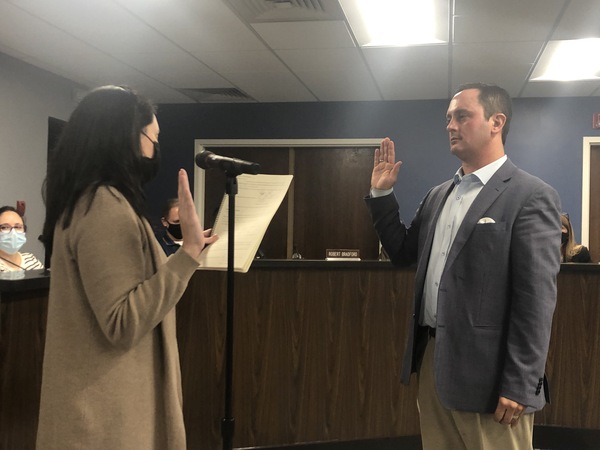 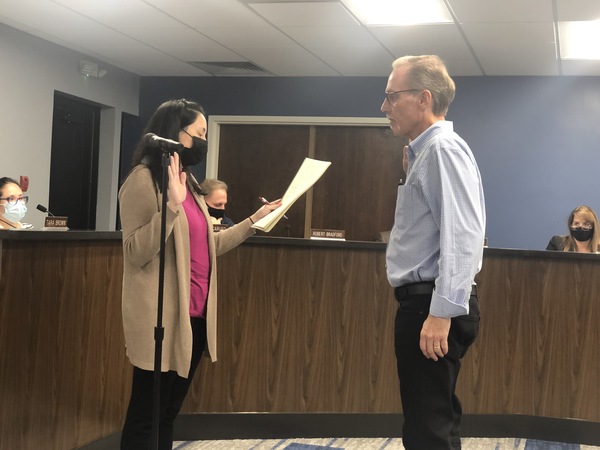 
Through talks of ending their divisiveness, a still divided Brighton City Council elected a new mayor and mayor pro-tem.

City Council held their Biennial Election Meeting, Monday night, at City Hall. During it, three returning Councilmembers-elect- Renee Pettengill, Kris Tobbe, and Jon Emaus were sworn in, along with new Councilmember-elect Bill Albert. This was followed by the nomination and election of the mayor. Shawn Pipoly served in this role the past two years and was ready to step aside and let another lead.

Pipoly nominated Emaus which was followed by Pettengill nominating Tobbe. During the discussion, Councilmember Jim Bohn talked about the divide on Council in recent years, while expressing a desire to end it. He said at times it felt like decisions on topics may have been made before meetings and that he wants more openness and transparency, hoping whoever is mayor can help.

Emaus said he was honored to be nominated with Tobbe, and that he finds Tobbe qualified and a fine, distinguished person. However, he had concerns about how Tobbe, who is the County’s Chief Information Officer, could properly advocate as Mayor for the City at the County level. Tobbe said that if a conflict arises, using ARPA funds and broadband as an example, he would abstain.

Following discussion, Councilmembers voted by ballot, with Clerk Tara Brown reading that Tobbe was elected mayor by a 4-3 vote.

Tobbe said the opportunity to serve the community of Brighton is a high honor. He told WHMI, “My goals have always been the same. They’ve always been to create a great community in Brighton and bring people together. That’s what I’ve always done, I’m not going to stop doing that now. So I look forward to working with all council members and trying to get everyone on the same page. It’s really important for the City to be successful for all councilmembers to work together.”

When asked if he thinks he can help heal the divide that was spoken about among Council, Tobbe said “I hope to, but it’s going to take all seven of us together to mend those fences. Mountains are climbed, dams are made, amazing things happen when people work together.”

That perceived divide in City Council didn’t take long to resurface. During the nomination and election process for a new mayor pro-tem, Emaus appeared upset by the preceding vote and discussion. Emaus and Bohn have butted heads frequently during meetings, including several times during the pandemic era on topics involving the Lindbom Elementary site and the departure of former City Attorney Paul Burns. Emaus made the first nomination for mayor pro-tem, with it being Bohn.

Albert said that Council has seemed divided to him and that one of his hopes was that they could bridge the divide with a mayor and a mayor pro-tem from each side. He nominated Emaus, who then, in turn, nominated Pettengill.

Emaus then took a moment to express his frustration, telling City Council, “I am offended that the very people who have sat here and complained about transparency, that they feel like things are cooked and prepackaged before they show up to meetings, engage in the very same behavior in a coordination to create a new mayor. The irony and hypocrisy is not lost with me.”

Pettengill declined her nomination, followed by Emaus doing the same. Pettengill said she would like to see a Tobbe and Emaus team as mayor and mayor pro-tem, wishing that Emaus would reconsider. She explained the only reason she didn’t support him as mayor was that the mayor in Brighton closes the conversation and that Emaus, being an attorney, often brings the courtroom to council and that that skill is more appropriate not in a closing role.

Albert then nominated Susan Gardner, who was stepping down from the mayor pro-tem role, and then Pipoly, with both of them declining the nomination, as well, leading Bohn to muse, “Is there something wrong with this job?”

Albert again said he wanted to see this council unified, but “what I’ve seen in the last 5 minutes has not given me hope.”

Being the only council member who did not decline their nomination, Jim Bohn was elected as mayor pro-tem 7-0.