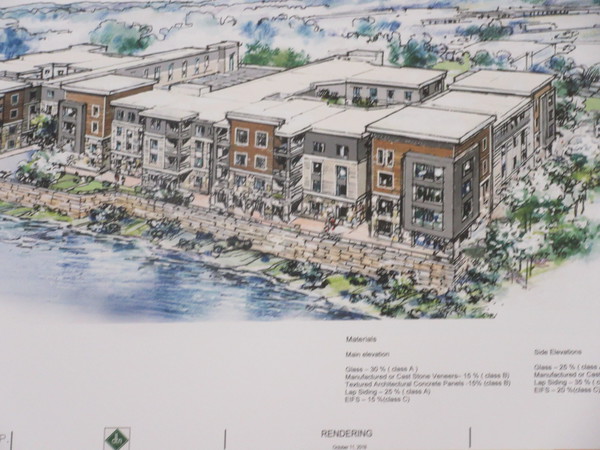 If all goes as planned, a 199-unit luxury apartment complex on the banks of Brighton’s Mill Pond will be ready for occupancy by late summer of 2021. The Brighton City Council Thursday night unanimously approved the site plan for The Vista at Uptown, to be built on 4.1 acres fronting on North Second Street and in the rear, facing the Mill Pond.

The development company for the $40 million project is DTN Development Group of Lansing. There were no objections voiced by the public to the development at the meeting. John Woods, Chief Investment Officer for DTN, said he wanted to put the apartment complex in Brighton because he lives in the area and thinks the city is an ideal location for such a development. Woods said Brighton is a bedroom community whose inhabitants in large measure commute to jobs in the Detroit area, Ann Arbor and Lansing, which makes it a “perfect fit” for the development.

The development will be within walking distance of downtown, an estimated 900 feet. It will include a 7,000-8,000-square foot patio area, a pool, outdoor kitchen and grill area, fitness centers, conference rooms, fire pits, club rooms, and bocci ball courts. The development will also have a 3-story parking structure which –with ground-level parking – will give it 317 parking spaces. The company has also promised to work with the city in making improvements to the Mill Pond along the shoreline, such as planting native flowers. Construction is slated to begin in the fall of 2019. (TT)