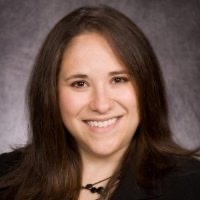 The Brighton City Council has chosen the person who will be the acting city manager when outgoing City Manager Nate Geinzer leaves at the end of the month. She is Gretchen Gomolka, the city’s finance director, who will continue in her present position as well as taking on temporary managerial duties beginning June 1st.

Council had appointed a task force subcommittee at the April 21st meeting to find an acceptable internal applicant, that is, a current city employee or department head interested in taking on the extra duties. Councilmember Paul Gipson, who headed the task force, called both Gomolka and Chief Bradford “exceptional human beings” who were more than qualified for the temporary position.

The subcommittee felt that a drawback for Bradford would be potential disruptions to critical police dept. operations, whereas Gomolka works at city hall and thus has daily interaction with city office staff and department heads. Task force member Susan Gardner remarked that arriving at the decision was the most difficult one she has had to make in her eight years on council. The task force consisted of Gardner, Renee Pettengill, and Gipson. City Manager Geinzer told council he would begin the process of familiarizing Gomolka with her additional duties. Council also voted unanimously to make the next city manager’s salary parameters from $140,000-to-$152,500.

In the public comments portion of the meeting, Susan Walters stated that Geinzer formed a limited liability corporation last year called Double Haul Solutions, with City Councilmember Jon Emaus as its attorney.Walters said that when Geinzer announced his resignation on March 17th, and effective May 31st, Emaus should have abstained from voting. Mayor Pro Tem Jim Bohn responded to Walters that, in his words, “This is a big nothing.”

After the meeting, Bohn told WHMI, quoting, “There is no violation of the city charter or law... Nate can hire whomever he wants as an attorney.” However, Bohn added the caveat that, again his words, “If I were city manager I would not hire one of my city council bosses to be my attorney, (in which case) this whole situation and muckraking exercise would have been avoided.” For his part, Emaus said that he did the attorney paperwork for the LLC pro bono — in other words, for free. Emaus said further that he does not represent Geinzer’s company, and if a matter involving it came before City Council, he “would not participate in the discussion and would abstain from voting."