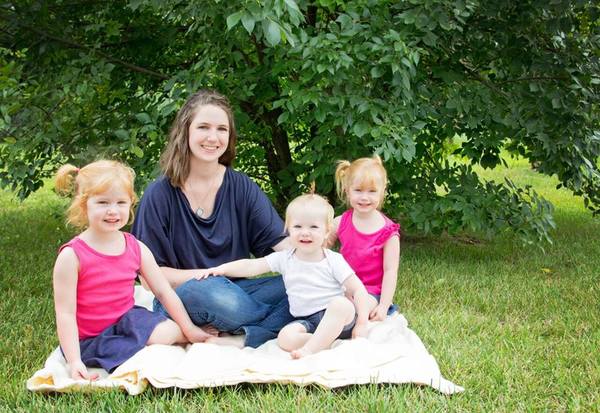 A woman has settled her lawsuit against a local church she says humiliated and shamed her for breastfeeding while inside.

30-year-old Amy Marchant filed the suit in June against the Brighton Nazarene Church, known to most as “The Naz” alleging the church invaded her privacy, violated the Breastfeeding Anti-Discrimination Act and committed a breach of contract, in addition to issuing a defamatory apology. The suit, filed in Livingston County Circuit Court, sought in excess of $25,000. But Marchant confirms for WHMI that the case was settled out of court earlier this month. The controversy began on June 17th, 2018 when Marchant went to the church and while waiting to pick up her twins, fed her then 1-year-old child. Almost immediately after getting home, she says she began receiving messages via Facebook from employees of the church and other congregation members who tried to convince her to go into the back rooms of the church if she was going to breastfeed and then shamed her for causing men in the church to lust after her. Marchant maintains that an apology presented by the church after a meeting with then-Lead Pastor Ben Walls Sr. was different than what was actually published. She maintains the apology was defamatory and denies that both breasts were fully exposed as the church had asserted. Marchant says the settlement is a huge relief as people had questioned her faith, forcing her to switch churches and shut down her online counseling service. But she's most happy that the settlement includes a provision that the church update its policies and procedures regarding breast feeding. That update includes the following;

"Our church is committed to both the spiritual and physical well-being of our members. It is important for our congregation to recognize and support a family's decision to breastfeed and offer a positive environment for mother and child.
Therefore, we always welcome and respect moms who decide to breastfeed to do so wherever they feel most comfortable. Should they desire a private place, we have set aside spaces for the mom to use, including a private nursing lounge. Our staff, ushers, and greeters will assist any mother looking for a private place.
Our staff, ushers, and greeters have been trained to never approach a mom who is breastfeeding, suggesting they cover or move to a private location. Our Church Board of Directors will deal with any issues that come up. We never want any mother to feel embarrassed or harassed about their choice to breastfeed."

The settlement also calls for a portion of the money, which says is less than $25,000, to be donated to two breastfeeding organizations; the Livingston County Birth Circle and Breastfeeding Center of Ann Arbor. (JK)