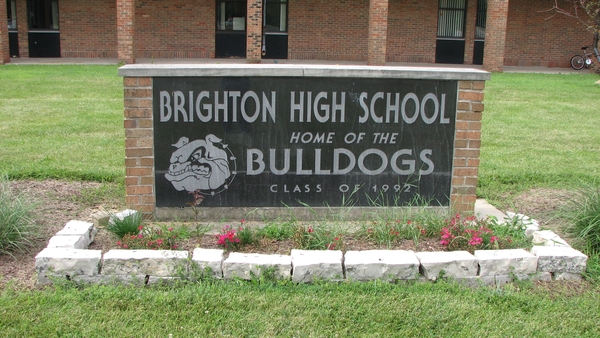 This Saturday will be the first time in history that a high school football team from Livingston County has made it all the way to the state finals when the Brighton Bulldogs meet Davison, an overtime victor against Sterling Heights Stevenson in last weekend’s semifinals. Brighton gained a berth in the state Division I championship game by virtue of its 22-19, come-from-behind win over previously unbeaten Belleville in another semifinal game.

Gray says that the Brighton United football team will also be playing at Ford Field this Saturday. The team, which plays non-contact flag football, is composed of students with special needs and students from the regular education program. According to BHS Athletic Director John Thompson, Brighton United is one of six United teams around the state to be invited to play at Ford Field on Saturday. The game starts at 9 a.m.

The Brighton Bulldogs game Saturday against Davison for the state championship begins at 1 p.m. General admission tickets are available between the hours of 8 a.m. and 4 p.m. Thompson says that due to the size of Ford Field, with its capacity of 65,000, there is no chance of running out of tickets, although the tickets allotted to Brighton are going fast, and people who come late may end up having to stand in line and buy their tickets at Ford Field.