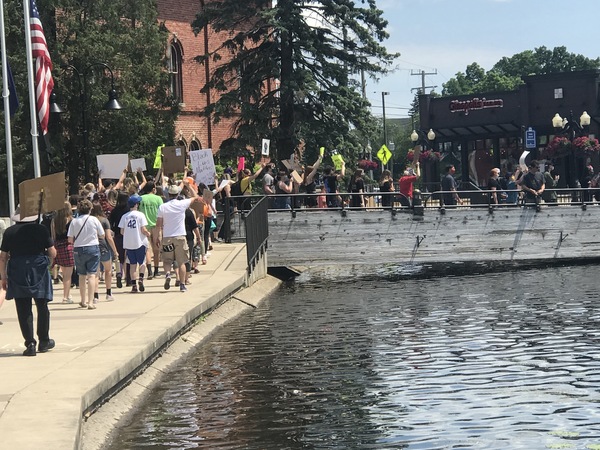 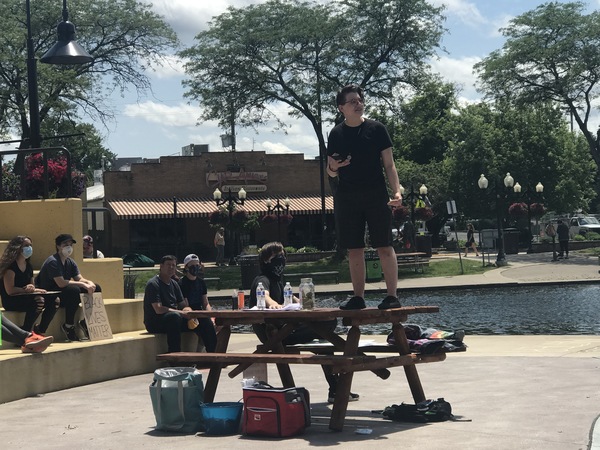 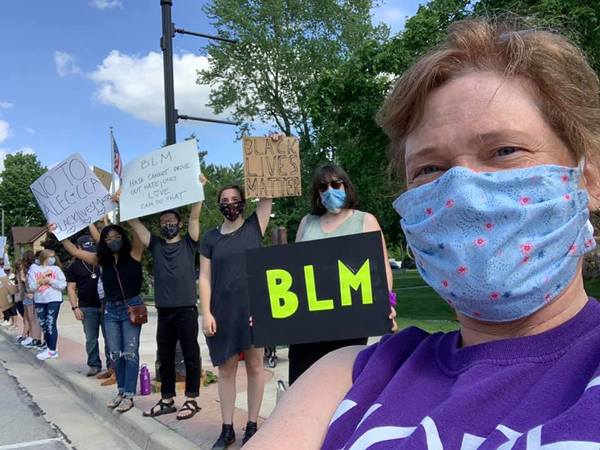 
There were two protests Friday in Livingston County in support of the Black Lives Matter movement, one in Brighton and the other in Pinckney.

In Brighton, around 50 people gathered to bring attention to racism, inequality and the Black Lives Matter movement. 21-year-old Grayson Brenner organized the event and addressed the crowd before everyone marched around the Mill Pond. The names of George Floyd and other victims of police brutality and anti-black violence were chanted. Brenner told WHMI Livingston County has a reputation of not being very friendly to people of color. As for how to enact change, Brenner thinks it will take education and listening and hopes people will be more welcoming of their black neighbors in the future to hopefully have a much more diverse and welcoming county. Brenner said they want to bring the community together and show everyone that black lives do matter – noting that many people will never grasp being discriminated against because of their skin color and now is the time to act and dismantle the "systemic racism the country was built upon." Brenner said people have a civic duty to stand up for what’s right and have tough conversations because there is no justice for some if there’s no justice for all.

Meanwhile in downtown Pinckney on Friday afternoon, several dozen residents turned out to the Towne Square holding signs and chanting slogans that included “Black Lives Matter”. But while they were mostly greeted with support, they were also heckled by one man who shouted , "Go back to Africa!" at the demonstrators. The man would only identify himself as a 76-year-old retiree named John when questioned by Lindsey Smith of Michigan Radio, who was covering that protest. Smith reported that John spent several hours, “calling black people “freeloaders” and heckling the protesters.”

Protest organizer Haley Comella later posted that despite John’s appearance, “It was so incredible to see everyone out and protesting. And to be representing not only the country we demand, but also the Pinckney we demand.” Comella said looking back on the day, the things she believed were incredible included, “the blatant racism, the covert racism, the support that was received, and changes that can be made for the next protest.”

Comella said her intention was to turn from protest to action and encouraged interested residents to step forward to assist with, “necessary change.”