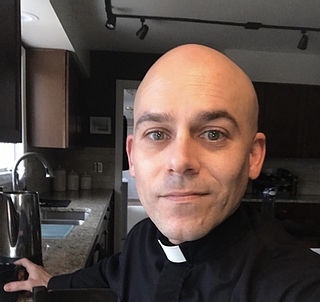 
A priest at a Brighton-area church has been placed on leave pending the outcome of an investigation by the Michigan Office of the Attorney General.

In an email to parishioners Friday, it was announced that Bishop Earl Boyea of Lansing had placed the Reverend Shaun Lowery, Pastor of St. Mary Magdalen Church in Brighton Township, on ministerial leave. The Diocese of Lansing says they are fully cooperating with the Attorney General’s investigation.

The Diocese of Lansing told church members that they expect all diocesan employees, clergy, and volunteers to, “exemplify the moral teachings of Jesus Christ and His Holy Catholic Church in their personal and professional life” and then referenced the Diocesan Code of Conduct. The communication then provided anyone wishing to report misconduct an opportunity to do so.

While the nature of the investigation has not been disclosed, the church email did state that if anyone had a reason to suspect physical, sexual or emotional abuse of any person of any age, they were encouraged to contact Child Protective Services or the police, as appropriate. If abuse by anyone connected to the Church was suspected, they also provided contact information to the Diocesan’s Victim Assistance Coordinator and that anyone reporting clergy abuse should do so directly to the Michigan Attorney General. However, that is believed to be standard language from the diocese when issuing such communications.

David Kerr, a spokesman for the Lansing Diocese, sent the following statement to WHMI in response to a request for comment;

“Rooted in a commitment to the highest standards of conduct on the part of all clergy, staff and volunteers, the Diocese of Lansing is fully cooperating with the Attorney General’s investigation. The existence of such an investigation carries no presumption of guilt. In order not to prejudice the investigation, no more information can be shared publicly until the matter has been concluded following said investigation.“

When asked about the investigation, Kelly Rossman-McKinney, Communication Director for Attorney General Dana Nessel, would only say they could neither confirm nor deny that an investigation was taking place.

Lowery came to St. Mary Magdalen following the retirement of Father David Howell in 2019 after 26 years with the church. Lowery previously served as Parochial Vicar for St Francis of Assisi Parish in Ann Arbor.

Church services at St. Mary Magdalen are expected to continue with the assistance of another diocesan priest.