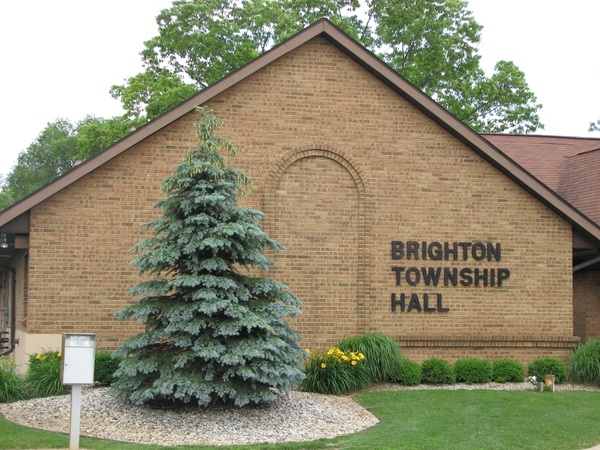 Brighton Township has adopted new and amended policies related to the municipality’s sewer system as a result of a settlement in a class action lawsuit.

Original users of the sewer system filed the lawsuit against the township, claiming they’ve been overcharged in assessment fees for years. A settlement agreement was reached earlier this year and calls for the township to pay $1.5 million from the general fund to a sewer settlement fund for a payout to those represented in the lawsuit.

The township’s Board of Trustees on Monday approved a resolution adopting administrative policies for the sewer system, some of which were new or had been amended to include language from the settlement agreement. Township Manager Brian Vick says the goal was to establish how the policies are being exercised and the rationale behind them.

To reflect the terms of the settlement, one of the new policies guarantees that the lawsuit class members will no longer be charged a debt service fee, and that a similar cap will be placed on the debt service charge to all parcels in the sewer district. Other new and amended policies identify parcels in the district that are eligible for a $3,800 credit toward a REU, or residential equivalent unit, and the ability to pay an REU charge over a period beyond ten years if the township has bonds outstanding beyond ten years.

The Board of Trustees voted six to one to adopt the policies, with Trustee Steve Combs as the lone dissenting vote.

A public hearing was held prior to the board’s vote, at which time several residents questioned or expressed dissatisfaction with the policies and their effect on the sewer Special Assessment District (SAD). Some felt a petition or vote was needed to modify the SAD. Resident Bob Potocki, who says he is a property owner “abused by the rigging of the SAD role terms and prices”, called for petitions, public hearings and an unbiased financial impact analysis of any proposed change to the original terms of the SAD petitions. Potocki says he and other citizens have an “obligation to carefully oversee operations going forward”.

Resident Doug Taylor also asked why the cost of the system’s construction had fallen on sewer users and not the township, citing the Drain Code that states “the petitioning municipality…will be liable… for at least a percentage of the total amount to be assessed.” Taylor adds that the Drain Code also states that the township has liability at large to pay a percentage of the cost of construction if it is installed for the benefit of public health. Taylor says the system has an obvious public health benefit by providing clean drinking water and proper disposal of wastewater.

But Trustee Sam Theis says Michigan law is clear when it comes to who the SAD is charged to, stating that it would be inappropriate for the township to absorb the costs as SADs are charged to property owners who derive a special benefit specifically from the project in question. (DK/JK)