Brennan Seeks To Disqualify Commission As Examiners Recommend Her Removal 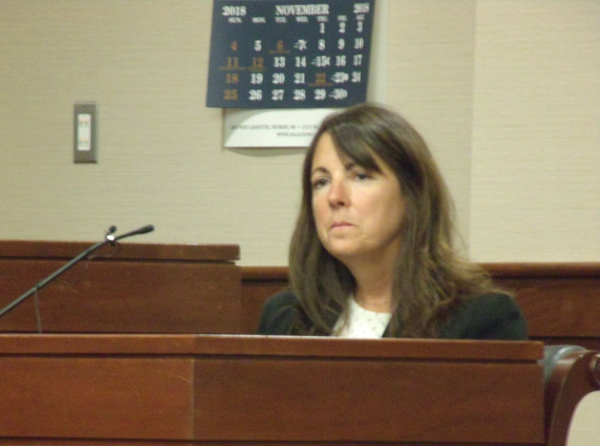 On the same day that Livingston County Judge Theresa Brennan asked the state Supreme Court to disqualify the Judicial Tenure Commission from handling her misconduct case, the examiners in that case recommended that Brennan be removed from the bench and pay back costs incurred by the commission.

Brennan’s motion, which was filed Wednesday, says the commission must disqualify itself from deciding her misconduct case because it showed “pre-judgment” against her when it filed to have her suspended just two days after the misconduct hearing ended and before a formal report was issued. Brennan’s brief also stated that the judicial commission members, with the exception of Commission Chair Pablo Cortes, must resign and the case against her be closed until they can all be replaced. Judge Cortes previously recused himself from sitting in judgment on the Brennan matter. Brennan and Cortes served together on the Michigan District Court Judges Association until Brennan resigned from the group last July.

The filing comes less than two weeks before the Commission is set to hold a hearing on the findings of retired Judge William Giovan, who was appointed by the Commission to oversee the misconduct complaint against Brennan. Giovan’s report concluded Brennan committed "gross misconduct" when she failed to disqualify herself from presiding over the murder trial of Jerome Kowalski as she was engaged in a personal relationship with a State Police detective who was the prosecution’s chief witness. Kowalski’s conviction has since been vacated and a status conference for a new trial is set for March 19th in Shiawassee County. Giovan also determined Brennan further tried to hide the nature of the relationship when she destroyed evidence and lied under oath about erasing data from her cellphone after an order was issued in her divorce case to preserve it.

Also Wednesday, the examiners in the case against her, the Commission’s Executive Director Lynn Helland and Staff Attorney Casimir J. Swastek, filed a brief saying the allegations of misconduct were, “well supported by the evidence” and that Brennan’s “conduct was clearly prejudicial to the administration of justice.” It recommended that the commission remove her from the bench and order her to pay “costs incurred by Commission, which were $35,570.36.”

While Brennan’s caseload has been removed pending the outcome of the case against her, she continues to be paid. A March 21st hearing is set in Genesee County on three felony charges filed against her in December by the Michigan Attorney General’s Office, including perjury and tampering with evidence. (JK)