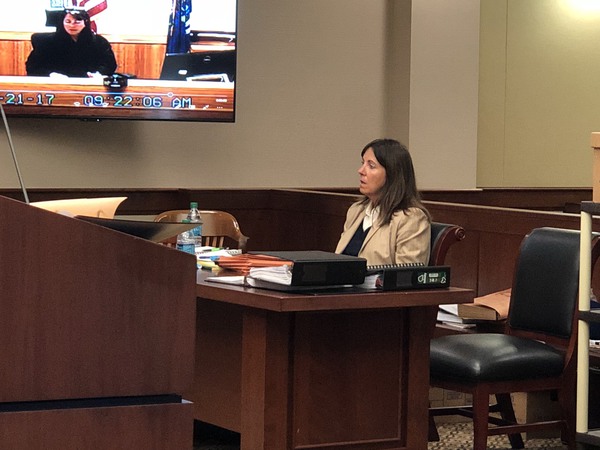 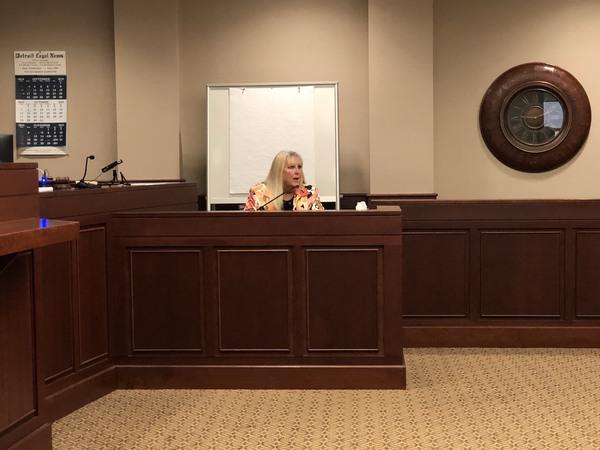 The first week of the Michigan Judicial Tenure Commission’s complaint hearing against 53rd District Court Judge Theresa Brennan has come to an end.

Three witnesses took the stand on day 5 of the hearing, Friday, in 16th District Court in Livonia. Former Circuit Court Judge and Special Master William Giovan has been presiding over the case. The main issue in the complaint is Brennan’s relationship with former Michigan State Police Detective Sean Furlong. Furlong was the chief prosecution witness in the 2013 double murder trial of Jerome Kowalski, over which Brennan presided. Kowalski was found guilty and sentenced to life in prison. Brennan and Furlong insist that their relationship began after the trial, but documents from Brennan’s 2017 divorce hearing suggest it began long beforehand.

Friday’s testimonies centered around Brennan’s lack of disclosure of close friendships with some attorneys to others, and her demeanor in the courtroom.

Taking the stand first was South Lyon City Councilwoman Margaret Kurtzweil. Kurtzweil has practiced business and commercial law for 30 years, with a handful of family law cases. Kurtzweil, who said she doesn’t take many Livingston County cases, was brought in at the end of a highly contested divorce case, Shibner v. Shibner. Kurtzweil was representing the husband while Sherry Pollesch, an old friend of Brennan was representing the wife. Judge Suzanne Geddis originally had the case and was “patient, prepared, and very fair.” She said she was surprised when it was transferred to Brennan, though many in the court system seemed to know it was happening. Brennan, Kurtzweil said, was quick to get upset with her, while Pollesch was treated with respect.

JTC Executive Director Lynn Helland asked Kurtzweil if Brennan disclosed that Pollesch had represented her husband with his businesses and if it would matter to her. Kurtzweil said she didn’t know that and that absolutely it would. Helland asked if she disclosed that Brenna has referred to Pollesch as her best friend in the past, and that they had gone on several trips together. Kurtzweil said “no” and that this was the first she’s heard of this and it upset her more now than when she filed for a disqualification during the case.

During cross examination, Brennan’a attorney asked if Kurtzweil knew that Brennan and Pollesch have had a falling out and were no longer friends. Kurtzweil said she didn’t know that either, but that it didn’t matter. Everything should have been disclosed to her. She said that when a judge and attorney have a relationship, that moves to bar and you are no longer in the realm of neutrality.

Bruce Sage testified second. Sage is a civil litigation lawyer with 44 years of experience, and currently practicing in Troy. He represented the defendant, Denise Sullivan, in the 2014 Sullivan v. Sullivan divorce case. Sage said he felt he was always climbing up a mountain in dealing with Brennan. He said there were constant interruptions, criticisms thrown his way, and that Brennan even mocked him at times. He called practicing law in front of her “a distasteful experience. And I love practicing law.” Sage said she denied him a chance to make statements for the record, and threatened to fine him more than once. At one point, Sage hired a private investigator to sit in on Brennan’s cases to see if she was treating other people as she did him.

The final witness was Howell attorney Carol Lathrop-Roberts. Roberts has had a general practice, working primarily domestic relations for 30 years. She couldn’t estimate how many times she’s been in front of Brennan, but said that it was probably 4 or 5 dozen times.

Like Kurtzweil earlier in the day, Roberts called Brennan’s behavior “appalling.” She said she intimidated litigants, attorneys, and was abusive to court staff. Roberts said it was routine of Brennan to not allow her to present her client’s case or introduce evidence. She said she believed that Brennan would early on in cases pick a favorite, and you were that favorite, “you could do no wrong. If you weren’t, heaven help you…”

Video evidence was shown of the 2017 case, Brisson v. Terlecky, which was about paternity, custody, and child support. In her testimony, Roberts said she was constantly worried about being found in contempt of court. She called Brennan “a black smear on the judiciary,” and being in her courtroom is an “exercise in sadism.” In preparing herself for the trial, she said she saw the train wreck coming and contacted 2 lawyers, one being Howell attorney Tom Kizer.

At one point in the trial video things became contentious between Roberts and Brennan over Roberts trying to present the Paternity Act statute. Brennan, upset, called the bailiff to have Roberts put in lockup. Roberts told her client to call Tom Kizer as she walked off camera. After a moment, Brennan reconsidered the lockup and brought Roberts back out, accusing her of forum shopping.

In cross examination, Roberts was asked if she knew that Kizer had a repution for coming into cases involving Brennan to get her disqualified, and that he has been admonished by the state bar for this. Roberts said she didn’t know, and that she had Kizer ready in case she was locked up for contempt and needed a lawyer herself. He asked again, if she did not intend to use him to get her off the bench, to which she said “no.”

The hearing continues on Monday, and is expected to conclude on Wednesday or Thursday. (MK)