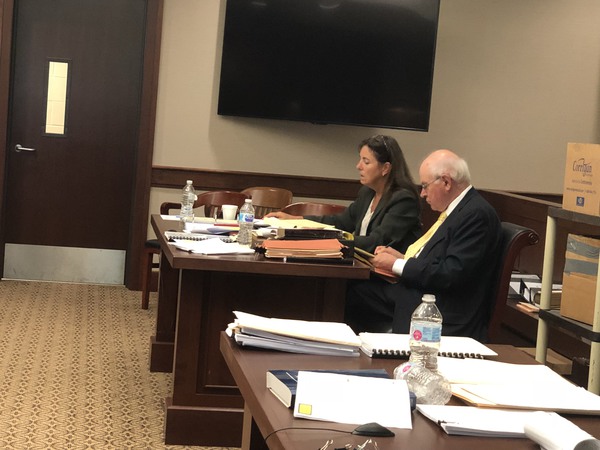 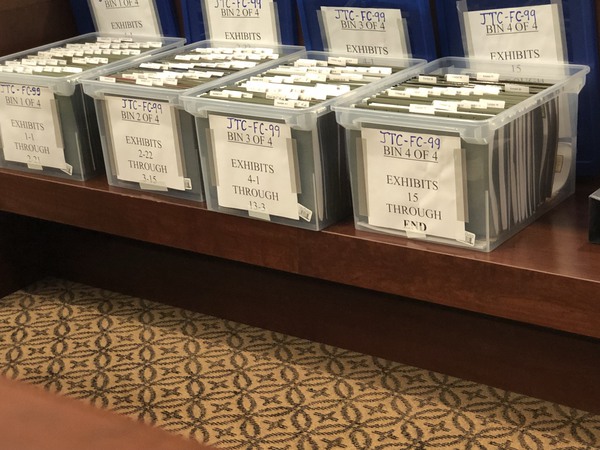 Wednesday marked day 3 of the JTC’s hearing, which is being held in 16th District Court in Livonia. The main issue in the complaint is Brennan’s relationship with former Michigan State Police Detective Sean Furlong. Furlong was the chief prosecution witness in the 2013 double murder trial of Jerome Kowalski, who was convicted and sentenced to life by Brennan. Brennan and Furlong claim their relationship started after the trial, though documents from Brennan’s 2017 divorce case suggest otherwise.

The session began with Assistant Prosecuting Attorney Shawn Ryan taking the stand and sharing insight on pool parties and cottage visits attended by both Brennan and Furlong. Once on friendly terms, Ryan disclosed her feelings on Brennan have shifted. She said before all this happened, she thought Brennan was a truthful person, but learning of the things that have come out, the things she has claimed and said others have done when Ryan knows they haven’t, make her believe she is not truthful.

Brennan’s ex-husband Don Root took the stand on Wednesday, as well. He said that while he considered Furlong an acquaintance and initially a “pretty good guy,” he was Theresa’s friend first. Root said he didn’t like the idea of her spending so much time in social situations with a cop, out drinking. When further asked if he consented to their relationship, he said “no.”

Court recorder Felicia Milhouse took the stand and said in the fall of 2016 Brennan began asking about how to delete email accounts from her phone. Milhouse couldn’t remember if she was asked first, directly, or if it was a general question to all the court staff at the time. She said she tried to figure it out, even Googling it, but couldn’t. Milhouse said it felt “urgent” and said she was even asked to step away from her duties once to try and make it happen. She said they were going on record one day, and Brennan told her that after Milhouse calls the case, she can leave the courtroom and see if she can get her Hotmail account deleted. When asked if her place was in the courtroom while Brennan was on the record, millhouse responded, “Yes.”

Brennan’s attorney during cross examination asked if it was possible that Brennan was trying to remove the emails from her phone before returning it to Root, who asked for it back. He also suggested that she may have been trying to transfer them to a new phone. Two email accounts were in question, one Hotmail, the other gmail. Milhouse said she gets them confused, but believes there was a request to delete to Hotmail account, but transfer the gmail.

Kristi Cox served as Brennan’s court reporter for 10 years. She said she remembers the Kowalski case and a conversation she had with Brennan before it was assigned to her. Cox said she had been retained by the State Police to transcribe interviews from Kowalski and the witnesses. She said she approached Brennan, finding it interesting as she didn’t know where the charges were coming from and that there was no evidence. Cox said Brennan told her she knew he did it because she had had a conversation with Detective Furlong who had told her about the case.

Cox said that for her entire decade with Brennan, Brennan was “hostile, demeaning, belittling, and degrading” to her. She told JTC Executive Director Lynn Helland that the only time Brennan was kind was during an election year. Cox claimed she was diagnosed with PTSD for her time working with the judge.

Former Law Clerk and Attorney Magistrate Jessica Yakel-Sharpe said Brennan would often have her and Cox use county time to do errands for her. This included paying her bills, buying plane, sports, and concert tickets, and even staining her deck. Yakel-Sharpe said that while she observed Brennan being mean to Cox, she and the judge bonded quickly, forming what she thought was a strong friendship. But as time went on, Yakel-Sharpe said that changed. Believing she was a role-model when she started, she said before she left Brennan became very aggressive, mean, and condescending. She said she was not the person she knew as a boss or friend, and that she was someone she didn’t want to work with or be around. Yakel-Sharpe said it got so bad she had to find another job, and noted in her resignation letter, that she had to leave for her sanity. She gave an opinion that she does not believe Brennan is a truthful person, citing an incident where a group of them went to a Tigers game and claimed, while parking, Brennan hit a car and moved to another spot without doing anything.

Attorney David Caplan has practiced family law since 1974. He closed Wednesday’s session, telling Helland that in terms of judicial temperament he found her to be “unique.” When asked what that meant, he said he thinks she has the worst judicial temperament he has ever come across. Brennan’s attorney asked Caplan for examples, which he did not provide.

The hearing continues throughout this week, with the courtroom reserved for next week, if needed. (MK)