Third Grader Honored at Brighton School Board Meeting for Generosity 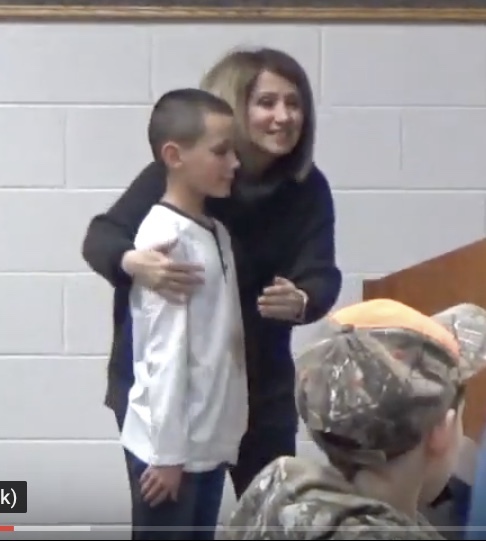 A 3rd grader at Hawkins Elementary School in Brighton was honored at Monday night’s Brighton Board of Education meeting as a “Shining Star” for his hard work and generous heart. In a presentation before the school board, Hawkins Principal Basia Kiehler said that student Jonah Kish has his own bee hive at his home which produces honey. She said that during the holiday season, Jonah wanted to give back in some small way to his community. So he decided to sell a large portion of his honey from the summer producing season as a way to raise money to purchase toys for children at Mott Children’s Hospital in Ann Arbor.

Jonah ended up selling over 50 jars of his honey and raising $436. That’s quite an accomplishment, and a lot of work for Jonah, since it takes over 550 bees to produce just one pound of honey. He then went shopping with his mom and bought 52 presents for children at the hospital. Kiehler told the board that Jonah's teacher, Whitney Fox, and the entire Hawkins School community, are justifiably proud of his efforts on behalf of children with serious illnesses who require extended hospital stays. (TT)