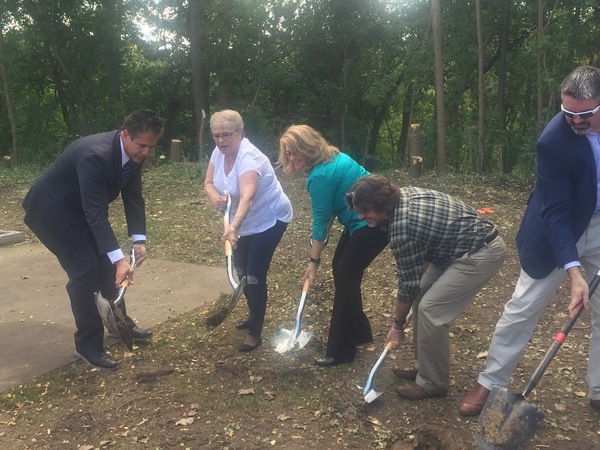 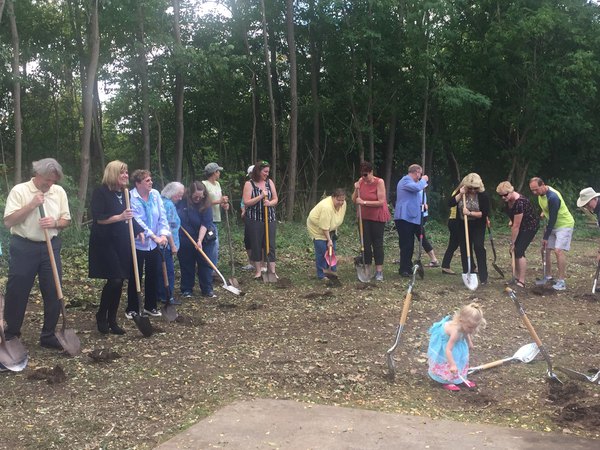 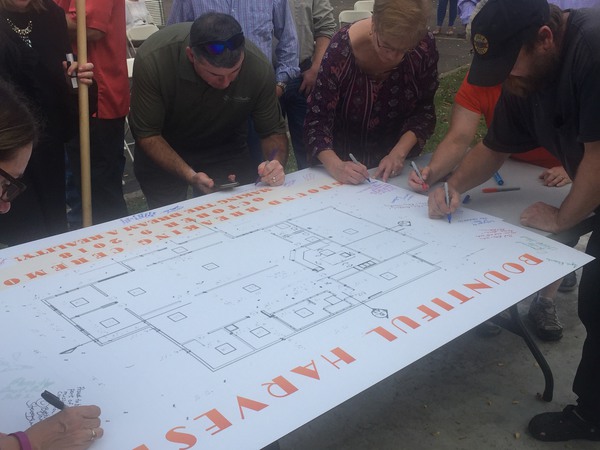 A groundbreaking ceremony celebrated the soon-to-be permanent home for a nonprofit organization that serves local residents in need by providing food and personal hygiene products.

Community members, local officials and volunteers attended Tuesday’s ceremony with shovels in hand, joining in to break ground on the site that will soon be home to Bountiful Harvest’s new building. The approximately 3,300-square-foot facility will be constructed on property that was donated by the First Presbyterian Church in Brighton, which is located directly behind the church’s parking lot. Church Pastor Scott Phillips says in the beginning, he was cautioned that church members might not be on board with the project because construction could disrupt operations and the current layout. Phillips tells WHMI it was the exact opposite, adding "People were so behind it, we just needed to find out how to make it happen."

Project leaders are hoping to finalize the building’s exterior work by mid-December, prior to winter conditions. It is expected that the interior portion will be completed and functional by April 1, 2019. Bountiful Harvest Volunteer Pastor Terry Simpson says one of the building's unique components is that it will have a geo-thermal heating and cooling system, with pipes bored 400 ft. into the earth’s core, allowing for minimal energy use. The total cost of the project is estimated to be around $550,000. Approximately $360,000 has been donated thus far, including the church’s land donation and Brighton Rotary, which made a $55,000 donation with $20,000 in matching funds still available.

Bountiful Harvest Founder and President Yvonne Cavalli says the support from local businesses, volunteers and organizations has made this all possible, and credits God with giving her the initial push, saying “Every time I decided I didn’t want to do it, he caused something to happen in my life that made it where I wanted to do that." The new facility will allow the organization to expand its hours of operation and services in order to reach more families and individuals in Livingston County that are in need. That expansion will be very helpful according to Cavalli, who says when Bountiful Harvest first opened, they only had seven clients. Within a year, the organization had to open an extra day in order to serve 40 to 50 people. Bountiful Harvest now serves about 100.

Brighton City Manager Nate Geinzer attended Tuesday's ceremony. He shared an experience in which he, Mayor Jim Muzzin, Councilmember Jon Emaus and some staff members volunteered at Bountiful Harvest. Geinzer says it helped him fully grasp the need that is in the community and what a gift the new building will be. 8th District Congressman Mike Bishop also attended the groundbreaking and noted the close-knit community, adding, "Brighton never ceases to amaze me. Every time I turn around it’s something else that people are doing for the community." (DK)