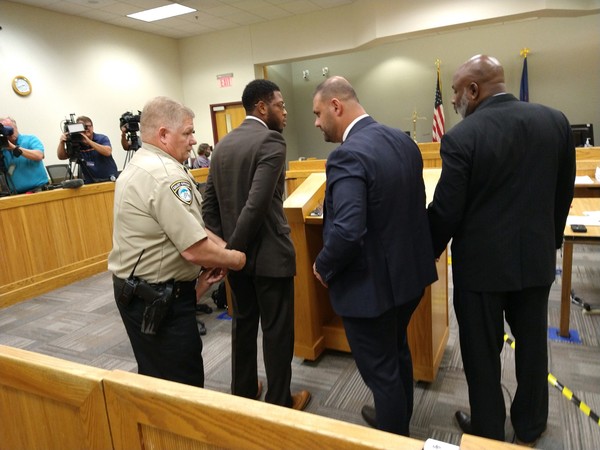 
A state lawmaker is behind bars for a least the next few days after violating his bond for the third time in a local drunken driving case.

Democratic State Representative Jewell Jones of Inkster was taken into custody today in Livingston County Circuit Court after Judge Michael Hatty determined he had violated his bond for the third time. The 26-year-old Jones is awaiting trial on a variety of charges including drunken driving and resisting police following an April run-in with law enforcement when his vehicle ran off the roadway near Fowlerville.

Jones was fined $1,000 in July after he failed to pay the fee to keep his alcohol monitoring tether on. At that time, Judge Hatty warned Jones if he violated bond again, he would be jailed. This most recent violation followed a report that his ankle alcohol monitor detected alcohol consumption over the Labor Day weekend.

Prosecutors noted Jones also tampered with the device and requested that Judge Hatty follow through on his words, revoke his bond and hold him in jail until trial.

Assistant Prosecutor Christina Richards stated that Jones’ actions, dishonesty, and conduct throughout various proceedings have shown that he believes himself to be "above the law."

Jones’ Attorney Ali Hammoud stated his client has taken responsibility for his actions and requested some factors be taken into account prior to rendering his decision. He said Jones has always appeared in court, hasn’t missed any dates for emergency hearings even when on short notice, has no criminal history and there’s been no police contact. Hammoud added that Jones is still a state representative, has his job in the Michigan House, is a member of the National Guard, and recently enrolled in school to finish his bachelor’s degree at U of M Dearborn.

While Judge Hatty revoked Jones’ bond and ordered him jailed, he also advanced his pre-trial conference to this Friday – which had originally been scheduled for October 1st.