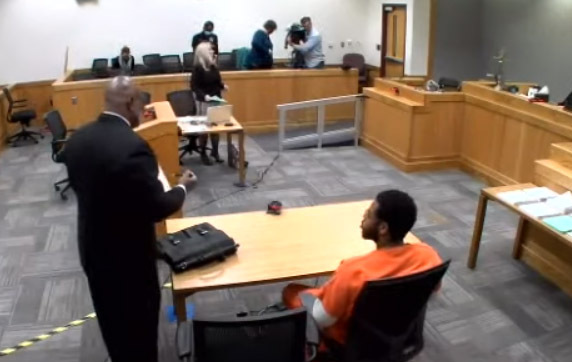 
A state lawmaker who has been jailed in Livingston County since mid-September has been given an opportunity to be released before his trial.

Democratic State Rep. Jewell Jones of Inkster was jailed September 14th after he violated his bond for the third time from charges filed in April when he was arrested for struggling with State Police troopers who responded to a report of a vehicle in a ditch on I-96 near Fowlerville. Additional felony charges were then filed after a handcuff key was found taped to the bottom of his foot as he was processed into the Livingston County Jail.

However, in court today, 44th Circuit Court Judge Michael Hatty reinstated bond for Jones on the original drunken driving charges at $100,000 personal recognizance, while lowering bond on the jail violation charges to 10% of $100,000. Hatty also set a number of conditions for Jones, including that he be placed in the care of Dr. Paul Turner Jr. described as a Detroit-area church elder. He must also submit to a 9pm curfew, wear a GPS and alcohol tether and surrender all police equipment while being granted the opportunity to attend work in the Michigan House in Lansing while getting counseling and treatment.

In creating the chance for pre-trial freedom, Judge Hatty made clear he didn’t want any excuses and that further violations would result in the forfeit of his entire $100,000 bond.

Jones is next due in court for an evidentiary hearing December 10th as his defense attorney seeks to exclude from evidence the blood test following the April 6th arrest, which indicated his blood-alcohol content was .19%, more than twice the legal limit, as well as a handgun found in his SUV. The attorney, Byron Nolan, claims officers lacked reasonable suspicion to question and detain his client and any evidence gathered after his arrest is inadmissible.