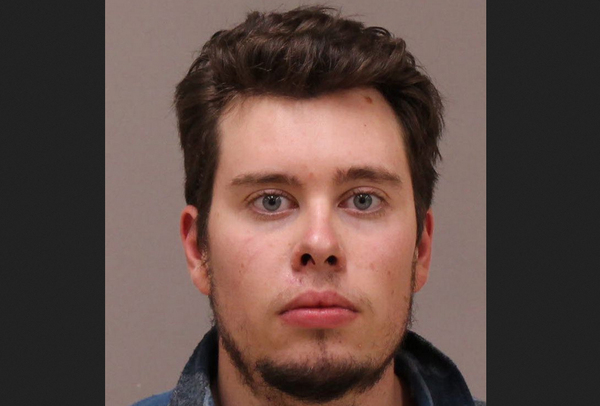 
A local man accused of plotting to kidnap Governor Gretchen Whitmer will be held without bond before trial.

U.S. Magistrate Judge Sally Berens made her decision after a bond hearing in Grand Rapids today for 24-year-old Ty Garbin of Hartland Township. Garbin was denied bond on the grounds that he is a danger to the community. Garbin's attorney, Mark Satawa, requested his client be released on a tether to live with his parents, arguing Garbin has no criminal history and works as an airline mechanic. He grew up in Wyandotte before moving to the Hartland Meadows manufacturing housing community, where his house was raided and he was arrested by the FBI October 7th. The government says Garbin was a leader of the Wolverine Watchmen, an alleged domestic terrorist group. Bridge Michigan reported that Garbin’s attorney argued that the Watchmen was just a Facebook group and his client was a page administrator, not a militia leader. He argued further that Garbin was interested in training exercises conducted by the group, not the alleged plot. Garbin’s attorney also asserted his client was ignorant about the plot and didn’t know the group was traveling to the Governor’s vacation home to conduct surveillance ahead of the alleged kidnapping plot. The government alleges otherwise and said Garbin was more than a bystander and actively involved in the plot.

Meanwhile another man, Adam Fox who is the accused ringleader of the plot, waived his right to a hearing on bond and will also remain in custody. Berens on Tuesday denied bond for three other men charged in the alleged plot: Kaleb Franks, Daniel Harris and Brandon Caserta. A sixth man, Barry Croft, was separately ordered on Tuesday to be transferred to Michigan from his home state of Delaware.

A preliminary hearing Tuesday featured hours of testimony by a lead FBI agent on the Michigan case, revealing new detail about investigators’ use of confidential informants, undercover agents and encrypted communication to thwart the purported scheme. Defense attorneys portrayed their clients as "big talkers" who had no intention to actually carry out their plans. Federal authorities say the arrests were made on October 7th after the defendants turned up for a meeting in which they believed they were going to buy explosives and tactical gear from an associate.