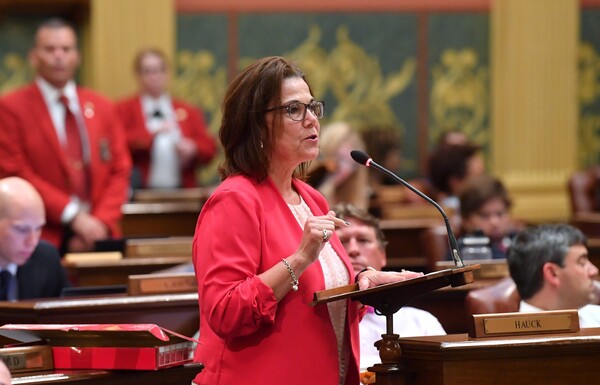 
A local lawmaker says a recent audit shows the Whitmer administration made “key errors that prolonged confusion and anxiety” for Michigan residents seeking assistance during the pandemic.

Republican State Rep. Ann Bollin on Thursday issued a press release saying that the findings from a state Auditor General’s report “disclosed that a variety of actions and inaction by Gov. Gretchen Whitmer’s senior leadership team at the state’s Unemployment Insurance Agency contributed to a poor control environment,” which the Brighton Township Republican said “directly contributed to the creation of invalid Pandemic Unemployment Assistance (PUA) application certification processes that were not compliant with federal regulations.”

The audit determined that the agency’s mishandling of procedures directly led to 648,100 Michigan residents receiving letters this summer saying that they would have to reapply for eligibility. Of those claimants, 347,437 who had previously been marked as eligible for benefits were found ineligible for benefits. The state will likely not recoup that money, according to the audit, since the fault lies solely on the agency and not the claimants.

Bollin said the Auditor General’s findings are proof that the Whitmer administration’s “incompetence hurt Michigan businesses and families when they needed help the most,” saying the “crucial information from the independent, non-partisan Auditor General” will be used to “hold the unemployment agency accountable and make sure it operates more effectively and efficiently moving forward.”

Leadership at the unemployment agency has changed at times amid criticism for slow payouts and fraudulent claims. Former Director Steve Gray resigned in November 2020. He was replaced by acting Director Liza Estlund Olsen, who then was replaced by current Director Julia Dale. The audit says Gray made a presentation in April 2020 in which he acknowledged the possibility of having to recoup claims paid in error, with one slide saying, “we have a choice between speed and overpayment risk.”

According to the audit, the state agency cited confusion over federal eligibility requirements, but did not reach out for clarification, despite being alerted by the Labor Department in June 2020 of “critical” issues over implementation. Dale, who took over the agency in recent weeks, acknowledged the audit’s findings in an email statement Thursday, saying the agency is working to implement the suggestions, but she maintained that the agency should still be proud of the work it has done.

“The work the UIA did this time supported millions of Michiganders by providing a temporary lifeline to pay for food, housing, prescriptions and other critical needs. So far, more than $39 billion has been paid out to nearly 3.5 million Michigan residents,” Dale said. “But we should also be sure to learn from this experience so that we can do a better job of stopping fraud and paying legitimate claims in a timely fashion.”

Bollin said she will continue to monitor the situation to ensure Michigan families and small businesses “do not suffer the consequences for the Whitmer administration’s repeated mistakes.”