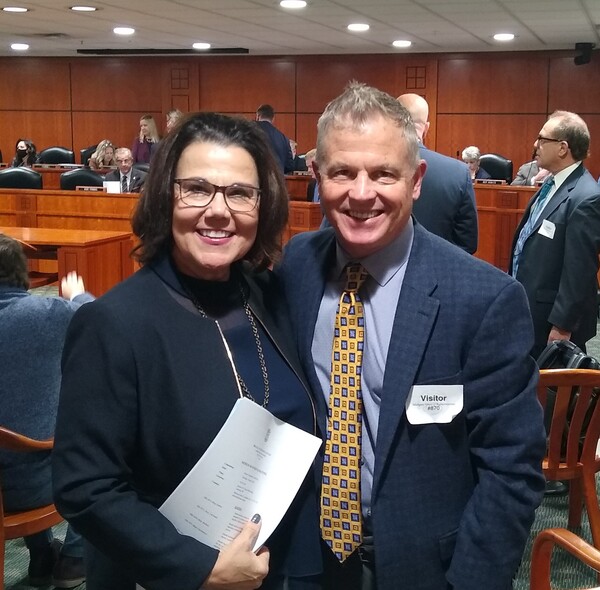 
A Livingston County doctor testified on the opioid crisis in Lansing last week.

Dr. Matthew McCord is an acute pain physician and anesthesiologist affiliated with the St. Joseph Mercy Health System and Beaumont. Last week he was welcomed at the state capital by State Representative Ann Bollin of Brighton Township, before testifying during a House Health Policy Committee hearing on the opioid crisis.

McCord spoke in support of legislation to ensure that patients have an option to avoid being offered, prescribed, or administered opioids. He said that this crisis is a uniquely American problem that is 30 years in the making. The doctor pointed out that despite the United States has only 4.6% of the world’s population, Americans consume 80% of the world’s opioids according to the World Health Organization. McCord continued, saying that “most often, the opioid addiction problem begins, innocent enough, with a doctor’s prescription.” That can lead a patient “down a pathway to dependence, addiction, incarceration, and overdose.” McCord said he believes we need to change our thinking on opioid use, particularly after surgery.

Bollin said, in a release, that this crisis “has touched so many families in Livingston County,” and she is “thankful to Dr. McCord for leading this effort and providing such compelling testimony.”