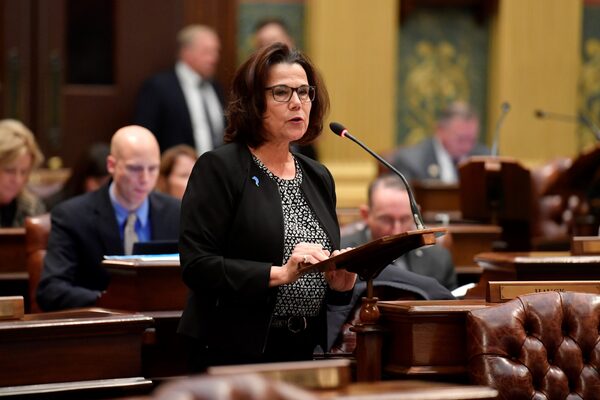 
A local lawmaker voted to approve a plan that would prohibit the teaching of "implicit race or gender stereotyping" in K-12 schools.

State Representative Ann Bollin of Brighton Township, along with fellow Michigan House Republicans, approved House Bill 5097 Tuesday, which passed by a 55-0 vote. Bollin was a co-sponsor of the legislation. Democrats refused to vote on the bill after Rep. Cynthia Johnson, D-Detroit, was not allowed to speak by Republicans in charge of the chamber. They say she was not on a list of planned speakers.

While the bill never actually mentions critical race theory, or CRT, it would ban anything resembling "race or gender stereotyping" from being included in a school's core academic curriculum, with broad definitions of what that means. CRT has become a hot-button issue for Republicans who say it has no place in public schools. The concept argues that issues of race are ingrained in society and its institutions.

While it has been equated by many speakers at school board meetings across the country with equity and diversity programs, CRT is actually a decades-old legal theory that is only taught at the collegiate level. Despite that, Bollin said “The radical new approach some are taking to push race and gender stereotypes onto young, impressionable children is wrong,” adding that "Bringing such stereotypes into our classrooms divides kids and falsely teaches them that the color of their skin or their sex matters more than the content of their character.”

She also refuted accusations that the bill would prevent teachers from being able to do their job. "This bill will not erase history or force educators to pretend that injustices never existed. Teachers will still be able to, and they should, have factual conversations about slavery, women's suffrage, the civil rights movement, the Holocaust and more. It will make sure that the next generation doesn't learn that it's ok to make sweeping generalizations about someone's character based on their race or gender."

Yancey's amendment was not adopted. Michigan Education Association spokesperson Doug Pratt said in a statement that the MEA opposes the bill, and sees it as an attempt to censor teachers.

The measure now advances to the Michigan Senate for further consideration.