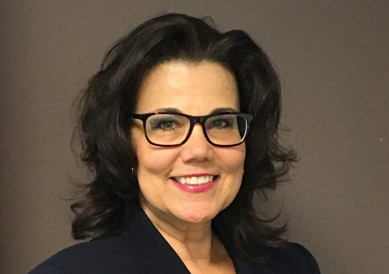 Bollin is seeking the Republican nomination to the 42nd state representative seat being vacated by State Representative Lana Theis, who is running for the State Senate. Bollin says she is committed to serving the district with integrity and a strong fiscal conscious. Among the issues she is passionate about pursuing are fair elections, filling the gap in skilled trades, equitable infrastructure programs and addressing community mental health issues.

Bollin served on Brighton Township’s Planning Commission before being appointed to complete a term as clerk. She has held that position since 2004. Speaking to a state representative’s term limits, Bollin says six years is a short amount of time but believes her experience will help her “hit the ground running”.

Bollin wears many hats that she feels have given her a variety of perspectives for how decisions made by state officials affect residents. Bollin says her roles as a community leader, mother of millennials, wife of a small business owner and local official have showed her that, “…the decisions in Lansing do not stay in Lansing.” Referencing her role as a township clerk, Bollin says elections are “near and dear to her heart” and wants to ensure “fair, not fixed elections.”

Bollin will be up against Joe Riker from Brighton Township, who was the first to announce his candidacy for the Republican nomination to the 42nd state representative seat. Riker served in the U.S. Army from 2004 to 2007 and the U.S. Navy from 2008-2013. He is the community liaison for 8th District Congressman Mike Bishop. (DK)