Commissioners Appoint Blazejewski To MDHHS Board 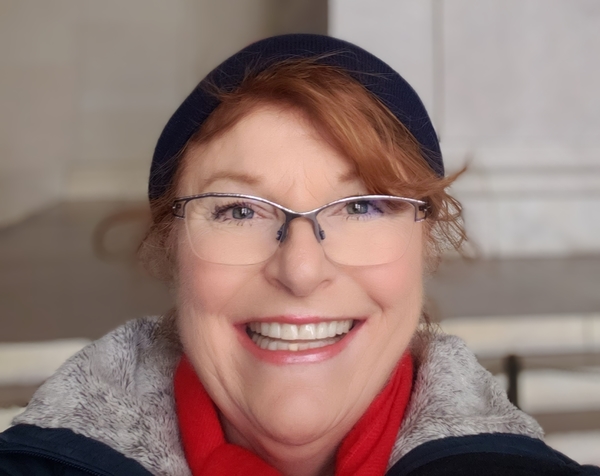 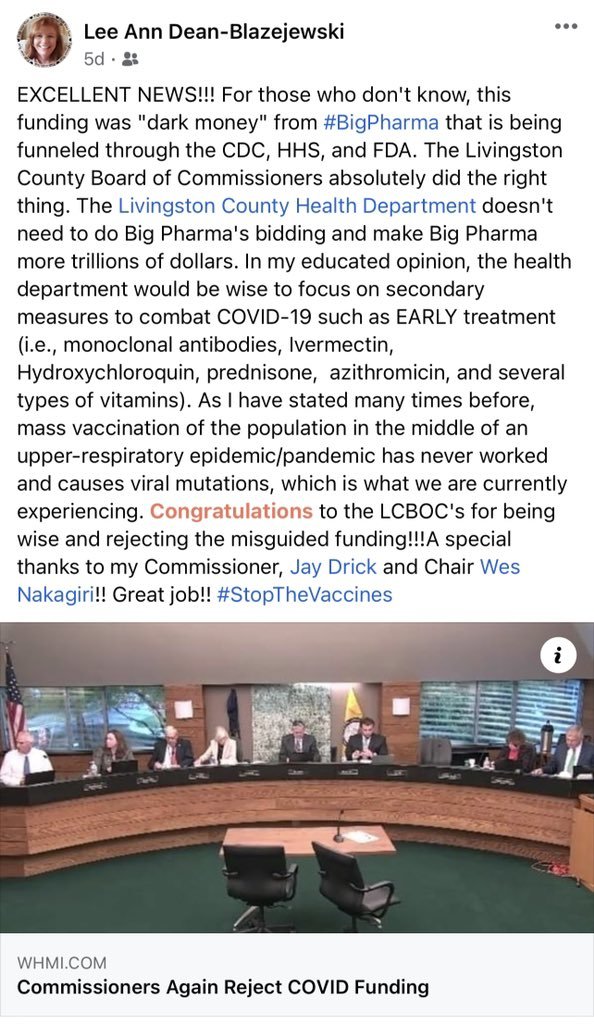 
The Livingston County Board of Commissioners appointed a new member to the state health department board after the current seat-holder failed to re-apply.

Marilyn Hysen has been Livingston County’s representative to the Michigan Department of Health and Human Services Board for the past decade. With her term expiring next month, notice for those interested in applying was reportedly posted on the County’s website from August 13th to the 27th.

At Monday’s meeting of the Board, the lone nominee up for consideration was not Hysen, but Lee Ann Blazejewski, who is a nurse that is also running for Howell City Council. Hysen said that no attempt was made to ask her if she planned to serve again, nor was she informed that someone else was being nominated. County Administrator Nathan Burd, however, told WHMI that he emailed Hysen on August 17th advising her of the need to re-apply. The County did not receive a response back.

During public comment, several residents spoke asking for the application period to be re-opened in order to deepen the pool of candidates. Those opposed to Blazejewski’s appointment claimed a distrust of her for being in Washington D.C. on January 6th, and claimed she was unqualified and carrying anti-science and vaccine agendas. Blazejewski had some support, as well, with people approving of her appointment characterizing her as being qualified for the seat, being a caring person, and carrying American values.

Blazejewski spoke, saying she is not anti-vaccine and wants people to have a choice. She defended her qualifications, stating she has a Master’s in public health and is a candidate for a Ph.D. However, in a Facebook post last week, she also touted the use of ivermectin, normally used to treat intestinal roundworm infection in humans and to de-worm pets and livestock. The use of the drug in COVID cases has not been approved by the Food & Drug Administration, which states that it has not been shown to be safe or effective for that use. It has also been linked to two deaths in New Mexico, where state health officials say 14 patients have been hospitalized after being poisoned by the use of ivermectin.

As for being in Washington, Blazejewski said she was their showing her daughter how you can protest and march peacefully, and was not part of any turmoil that occurred. While there is no evidence that Blazejewski actually entered the Capitol building that day, her description of the day as “peaceful” has prompted questions about her position on the riot, in which supporters of the former President tried to disrupt the Electoral College vote taking place inside, which made official Joe Biden’s win the previous November.

Commissioner Mitchell Zajac supported her appointment and defended the County’s selection process. He said this wasn’t the first time that only one candidate filed for a seat since they implemented the new process earlier this year. Zajac said he appreciates the comments that people would like to see a wider pool, but this is the process they have.

Chairman Wes Nakagiri denied a claim from the public that he had a hand in her selection. He went on to say he is impressed with her credentials and that Blazejewski brings a perspective that may be different of others, and that “having a diversity of thought is always a good thing.”