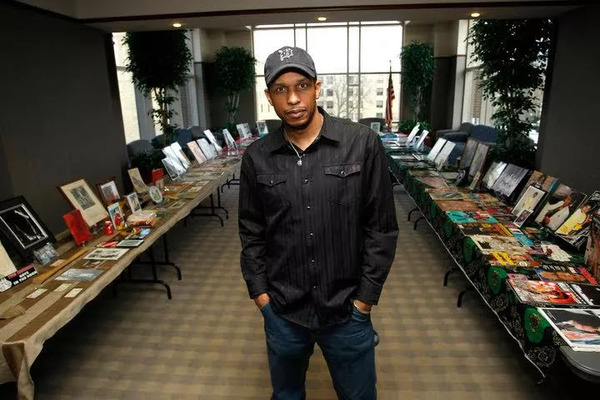 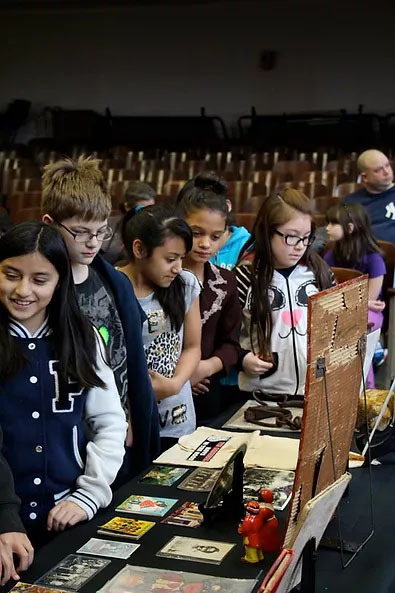 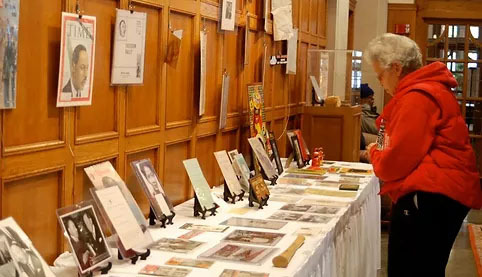 
An event that begins later this month in Howell will provide a look at a perspective of American history often missing from textbooks.

Cleary University and the Livingston Diversity Council have teamed up to sponsor the Black History 101 Mobile Museum beginning on Saturday, January 29th through Tuesday, February 1st. Founder and curator, Dr. Khalid el-Hakim, says the traveling exhibit includes artifacts over 7,000 artifacts dating from the transatlantic slave trade to the modern day.

The museum will be on display those three days in the Cleary University Student Commons Center from 10 a.m. to 3 p.m. Dr. el-Hakim will also give a lecture in the Commons on Wednesday, February 2nd from 11:30-12:30pm.

The museum came about after he began collecting artifacts 30 years ago detailing the Black experience in the United States. Dr. el-Hakim’s mission is rooted in the same idea that started it all in 1996: a hands-on approach to sharing and learning about Black history. “It’s a whole different experience than seeing it in a textbook,” he said.

The Jim Crow Museum of Racist Memorabilia is also the repository for one of the Ku Klux Klan robes that were auctioned off in Howell in 2005. The event, which was originally scheduled for the Martin Luther King Jr. weekend, was eventually moved to a later date after a strong community reaction. The Livingston Diversity Council, then known as the Livingston 2001 Diversity Council, ended up purchasing one of the robes and donating it to the museum.

In the 1990s, el-Hakim began collecting artifacts himself. “Shortly after taking his class I started going to antique shops, used book stores, garage sales and flea markets and such, picking up Jim Crow related material," he said. "Then I made the conscious decision to collect things that represented the whole Black experience in America."

That meant adding hip hop culture to the exhibit, which he said was a major part of his own journey of historical discovery and the broader Black American experience.

“I learned a lot of Black history and culture from listening to hip hop during what they call the golden era of hip hop — the mid-80s up until the early 90s,” he said. “They were putting messages in music and having their fans go and inquire about the things they were talking about or situations grounded in history.

As a social studies teacher in the 1990s, el-Hakim used primary source material to engage his students. Then he expanded to doing presentations in churches, public libraries and culture events around Detroit.

“Once I started doing that and seeing how the public responded to the exhibits and how they recognized the need for stuff like this it kind of grew from there,” he said.

He eventually began receiving invites from college campuses. Since 2011, the exhibit has been his primary focus, taking him across the country and connecting him with teachers who he mentors on how to use artifacts in their own teaching.

Between the historical artifacts and modern perspectives, el-Hakim has created something he hopes will have a lasting impact and serve as inspiration for deeper learning.

“The name of the museum is very intentional — ‘Black History 101’ — because it’s an introduction to this history that has been marginalized, in some cases erased, in society. So the takeaway is to spark interest in students to want to go and do their own research on some of the things they’re being exposed to in the exhibit.”

“Artifacts are indisputable evidence,” he said. “So when people see this material in the context of how it's curated in some of the most difficult parts of the exhibit people understand what it is when they see it.

“For example I have an original Ku Klux Klan hood that I take on the road with this exhibit, so that's kind of a hard thing to look at. It emotionally draws things out of people and helps them understand the reality that this is the type of situation that Martin Luther King was up against.”

The exhibit is free and open to the public. Jennifer Tate, Vice President of the Livingston Diversity council, said "We are excited about the opportunity to offer the Black History 101 Mobile Museum as one of the featured events for this year’s Black History Month series of events. This mobile museum travels the country, so we are honored to partner with Cleary to provide this wonderful educational experience to community members, students, staff and faculty."

More information about the museum can be found at www.blackhistorymobilemuseum.com.