Bishop & Slotkin Slug It Out Over Health Care In First Debate 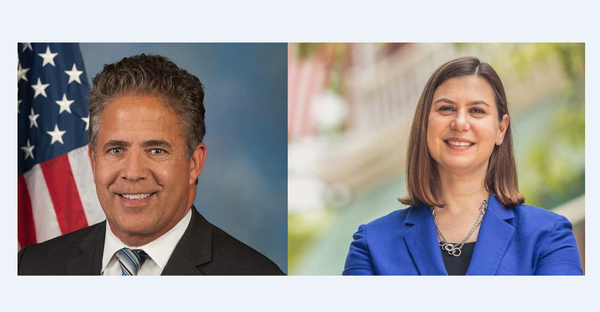 Congressman Mike Bishop and Democratic challenger Elissa Slotkin got into a heated exchange over health care during their first head-to-head debate of the election season.

Appearing Sunday on WDIV-TV’s “Flashpoint,” Bishop, a Rochester Republican seeking re-election to a third term, opened up the sparring by declaring he wasn’t “going to be chased out of this district by Nancy Pelosi or anybody who wants to do a classic Washington, D.C., power grab.” Bishop’s campaign has repeatedly claimed Slotkin has received hundreds of thousands of dollars funneled into her campaign by Pelosi from out-of-state donors and appeared at a fundraising event with Pelosi in California.

Slotkin, a Democrat from Holly who served in the CIA and Department of Defense, responded by calling the Pelosi charge a stereotype Bishop places on every Democrat and that Pelosi didn’t recruit her for the race, but instead, “Mike Bishop recruited me into this race the minute he voted to completely obliterate protections for people with pre-existing conditions. That’s personal for me.” One of Slotkin’s TV ads features her telling the story of her mother’s bout with ovarian cancer and how a previous case of breast cancer prevented her from getting coverage.

Bishop said he also has a personal experience as his wife has a pre-existing condition, juvenile rheumatoid arthritis, and that he would never vote for anything that would halt such coverage. Slotkin then pointed out that while Bishop’s 2017 vote on the Affordable Care Act did not technically eliminate such coverage, his depiction is, “why people can’t stand politicians. Because they say one thing and they do another” as that bill would make such coverage unaffordable to most Americans.

With less than a month until the election, the race has tightened into a statistical dead heat. A recent New York Times poll has Bishop up by just three points, 47-44%, in a district he won by 17 points in 2016. The candidates will have two more joint appearances before the Nov. 6 election. The first is October 16th on a Lansing radio show and then an October 18th forum in Hartland Township sponsored by Voters Voice and the League of Women Voters. (JK)