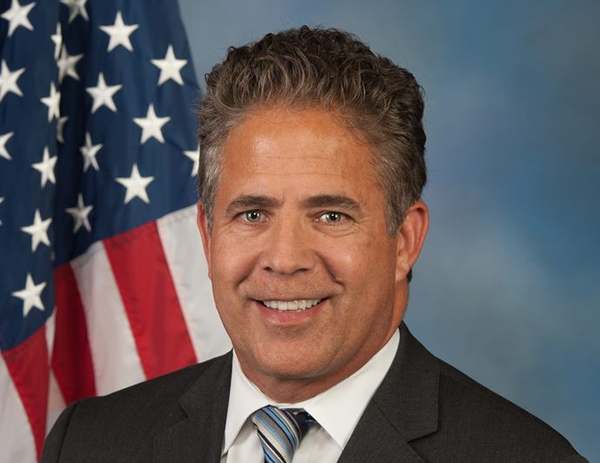 As public opposition continues to grow against the Trump Administration’s “zero tolerance" policy toward anyone caught crossing the United States border, Livingston County’s voice in Congress has broken ranks and come out against it.

The policy, which now prosecutes all adults, regardless of whether they cross alone or with their children, has resulted in more than 2,000 immigrant children being separated from their parents since it went into effect following an April 6th directive from Attorney General Jeff Sessions. Those children are then placed in the custody of Department of Health and Human Services. Images, recordings and accounts of those children while in custody have raised much outrage, particularly among Democrats. But even among Republicans, opposition is growing. 8th District Congressman Mike Bishop has now joined that list, as his spokeswoman Annalyse Beaver told WHMI when asked about his stance on the issue. “Rep. Bishop believes families seeking asylum should be held together while their cases are being adjudicated. As a father of three, Rep. Bishop does not want to see children separated from their families. What’s going on right now is a symptom of a larger problem, our broken immigration system – and Rep. Bishop is committed to working with his colleagues to find a solution that will secure the border, close loopholes and protect families.”

Other Republicans in Michigan’s delegation to oppose the policy include Congressmen Justin Amash, Bill Huizenga and Fred Upton. Amash tweeted May 26th that, “Such separations are inconsistent with our principles as Americans.”

One of Bishop’s challengers, Democrat Elissa Slotkin, has also spoken out against the policy. "The way this Administration is separating children from their families is cruel and immoral -- it's conduct our government should not be engaged in. This practice does not enhance our national security, and is not required by law. It is a policy choice that uses the act of traumatizing children and parents to try and deter others from coming to the US and force a conversation on our broken immigration system. As more faith leaders and elected officials on both sides of the aisle speak out against this policy, it is clear this is not a partisan issue. It’s a matter of our core values as a country.“ (JK)