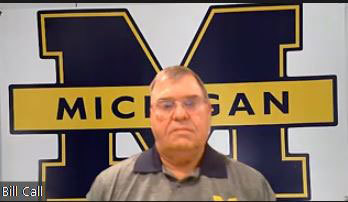 A presentation was made during the meeting by Republican State Representative Bob Bezotte of Howell for Call’s decades of dedicated service in various roles. Bezotte read aloud the special tribute, aaying there’s a strong sense admiration for his sacrifices and recognized the time he gave to Handy Township, Fowlerville and Livingston County throughput his career- noting his retirement marks the end of an era of effectiveness and efficiency in public service.

It was stated that Call spent the past 12 years as zoning administrator but has held many different public office positions including Fowlerville village president and school board president. Board members congratulated Call on his retirement and said he’s missed. Call commented that the tribute was very nice and he appreciated it, saying it’s been a pleasure working with everyone – adding he’s still getting used to retirement.