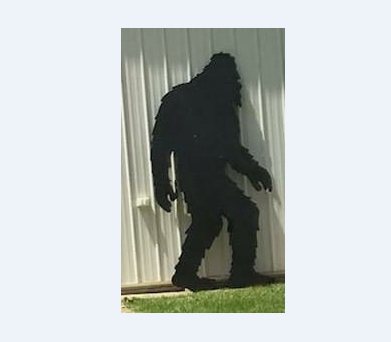 Bigfoot is on the loose, well at least a large cut-out of the mythical beast that was stolen from in front of a Howell store over the weekend.

The owners of craft and gift store, Handmade in Howell, posted on Facebook that their large cut-out of Bigfoot that had been located outside their location on the corner of Michigan Avenue and Sibley Street was stolen Sunday. The owners are asking the public to keep an eye out for the distinctive figure and urge anyone with information as to its whereabouts to contact the Howell Police Department. One of those who also posted about the theft is Rachel Lynn Kimball, who said her stepfather created the cut-out, saying he, “worked very hard on this not for somebody to just walk off with him. She asked people to share the post and contact her directly via Facebook messenger with any tips. (JK)