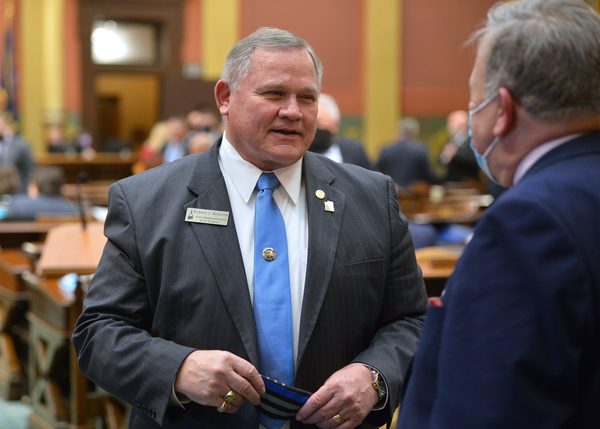 
A local lawmaker has criticized Gov. Gretchen Whitmer for vetoing legislation last week that would have allowed tax breaks to internet companies that provide broadband access to underserved areas.

Howell Republican State Representative Bob Bezotte says House Bill 4210 would have expanded broadband service access to rural communities, which largely lack the technological infrastructure necessary for video and phone calls. Bezotte said that with “many Michiganders working and attending school virtually” that kind of technology “is becoming increasingly important in our daily lives,” but that when presented with what he called “an easy solution to this problem,” Bezotte claims Whitmer “chose to neglect rural families.”

The vetoed state House bill, together with a tie-barred state Senate bill, would have allowed companies to be exempt or defer personal property taxes on the property required to establish broadband access if the company receives funding by certain state or federal agencies.

In her veto letter, Whitmer said while she’s grateful for legislative interest in broadband expansion, the bill doesn’t require a high enough internet speed and gives tax breaks that would reduce state and local government revenue, taking millions of dollars from the State School Aid Fund. “In fact, the bill’s target of 25 mbps service would deliver a mere fraction of the speeds well in excess of 100 mbps that U.S. broadband users have come to expect. If Michiganders are going to spend their hard-earned tax dollars to incentivize broadband development, it better be fast.”

However, Bezotte pointed to a 2018 report from Michigan State University that concluded students who lack access to home internet generally perform lower on a range of metrics, including digital skills, homework completion, and grade point average. “A lack of reliable and reasonably priced Internet access can have serious consequences for students,” said Rep. Bezotte. “I urge the governor to put our rural communities first and rethink this legislation if it reaches her desk again.”

In 2018, the State of Michigan determined that more than 360,000 rural Michiganders do not have access to broadband.

The vetoed bill has been re-referred to state Senate’s Committee on Communications and Technology and can go through the legislative process again to seek approval.