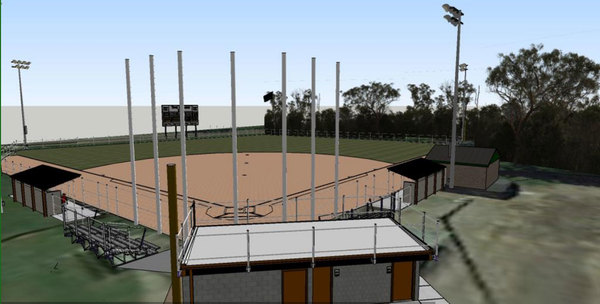 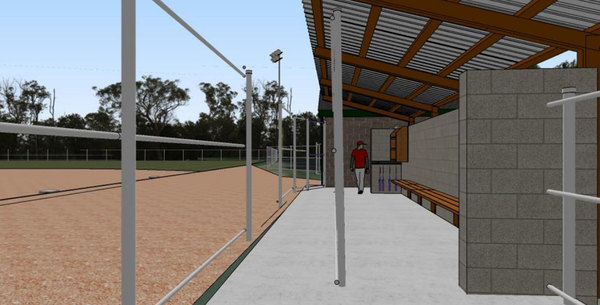 A multi-phase renovation project is getting going at Bennett Field in the City of Howell – which organizers are hoping to make a premier baseball facility in Livingston County.

Bennett Field has been the home of the Howell Area Junior Baseball Association for more than 60 years, in partnership with the City of Howell. City Council recently approved a 25-year lease with the organization, which will allow it to launch the Bennett Field Renovation project and make various improvements to the property and field over the next 3 to 5 years. The Association has adopted a multi-year plan to create a premier baseball facility in Livingston County - although organizers say it will take time, money and lots of in-kind contributions to fully come to fruition.

Association Volunteer Paul Rogers tells WHMI it’s been a long process and they’ve been working on things for roughly the last six months - .with many in-kind donations and volunteers coming together to help make the project possible so says they’re moving full speed ahead. A survey and design work was donated and completed earlier and Phase 1 has already started. It will involve restoration work this fall and into the winter, so long as the weather holds out. A clean-up day was held recently with about 20-25 volunteers helping to begin Phase 1 and the Association is also beginning fundraising efforts. Rogers says field clean-up is taking place and volunteers have already removed the dugouts and cleaned up brush and vines around the outfield fence, along with the relocation of the bases. Rogers says they’re not going to remake the whole field, basically just restore the things that are there such as putting a new roof on the garage and tightening up some of the fencing.

Phase 2 would be the actual update phase, which will involve getting rid of two porta johns and adding bathrooms, adding additional screening to keep balls on the field and installing new bleachers that are much safer, not as high and provide better viewing. Rogers says they’ll also move and update the dugouts to make sure the kids are safe, as they’re pretty old and the roofs are in bad shape. In the long run, Rogers says the plan would be to pave the parking lot and put in new lighting. He noted they’ve already received a contribution for a new scoreboard and a lot of things are in-kind but they’re also beginning fundraising efforts. Rogers says they’ll do as much as they can till the snow flies and maybe even after, noting they might not be able to get the dugouts done but if they can have the slabs down and a few other things, at least it’s a start. He says the goal is to get as much done as possible by next spring and have things ready by April 1st when the kids start playing.

Project plans can be viewed through the provided link. (JM)