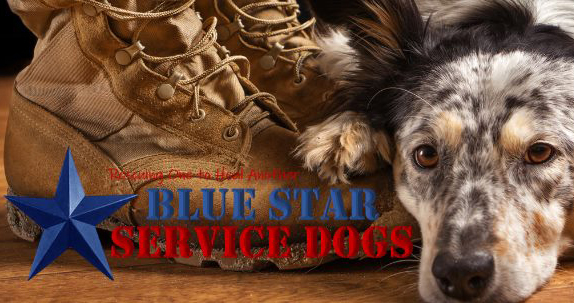 The “Blue Star Bash” will be held this Saturday from noon to 5pm at 4025 Patterson Lake Road in Pinckney. Blue Star Service Dogs is a non-profit that takes shelter dogs and trains them as service dogs for veterans returning from combat.

The organization, previously known as Stiggy’s Dogs, changed its name earlier this year, as well as the name of Saturday’s fundraiser. The event, which was held for the first time last year, was known as Stiggyfest. Despite the name change, leaders of the organization have said their goal to honor combat Veterans and their families remains the same through their mission of “rescue one to heal another”.

The Blue Star Bash will include food, a 50/50 raffle, silent auction, putt-putt mini golf, and entertainment. More information can be found through the link below. (DK)