BAS Pack Of Dogs Back In Oxford To Comfort Students 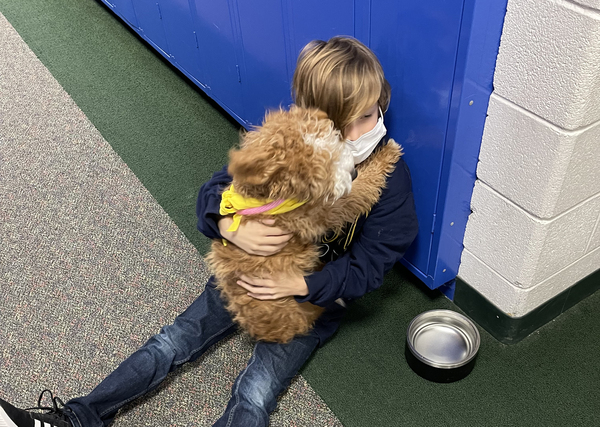 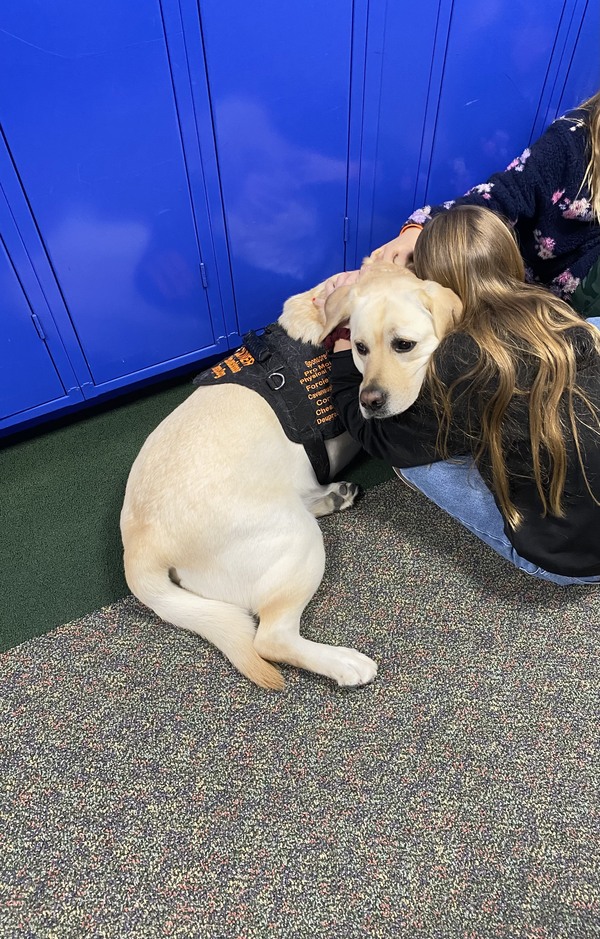 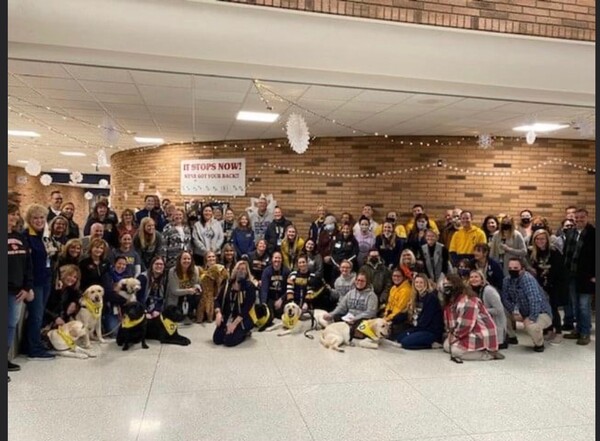 
After an overwhelmingly successful first visit, the Brighton Area Schools’ therapy dogs were back in Oxford again on Monday to connect on a social and emotional level with students at Oxford Middle School.

The Brighton Pack of Dogs, as the therapy dogs are known, were driven to Oxford on Friday after being invited by school officials to interact with 6th, 7th and 8th graders. The dogs’ handlers from Brighton were also present, along with Oxford teachers, counselors and other district staff.

The students are dealing with the emotional trauma left by a school shooting on Nov. 30th that gained nationwide attention when four high school students were shot and killed and seven others wounded. Ethan Crumbley, the 15-year-old boy who allegedly shot his fellow classmates, is being held in the Oakland County jail on four counts of first-degree murder and other charges and will be tried as an adult. His parents are also incarcerated in the same jail on one count each of involuntary manslaughter. The shootings have left a deep emotional scar on the village and school district north of Pontiac in Oakland County.

Karen Storey, who started and spearheads the Pack of Dogs program in Brighton, said she got the idea of having the therapy canines travel to Oxford because the kids in the school district “have been through so much.” Storey is a full-time teacher at Maltby Intermediate School and is also MTSS (Multi-Tiered Systems of Support) facilitator at the Genoa Township school.

The full pack of 13 social-emotional learning dogs, as they are referred to, were in Oxford on Friday, with about half that number going this week. The handlers are using a rotating schedule, with 6-7 dogs making the trip each day.

Oxford staffer Jason Cady expressed his gratitude for the dogs coming by saying, “The BAS Pack of Dogs were an amazing positive, (and) every student they interacted with had a smile on their face.” Fellow Oxford staffer Christine Gill agreed, saying, “This meant so much to our kiddos….Thanks for the love!” Storey says that one particular student wasn’t even planning to go to school that day, but when he found out the dogs were coming, changed his mind.

An Oxford Middle School special education teacher who identified himself only as “Mr. Smokey” had a lot of good things to say about the visit by the Brighton Area Schools therapy dogs. In his words, “Watching our students love on the dogs, and hearing their joy and innocent laughter while interacting with them was the most special part of the day.” While at the school Friday morning, the students and staff made Hope bracelets consisting of 11 beads for the victims, each with a heart signifying love and hope.

Storey said the dogs are extremely busy this week. Besides going to Oxford each day, they will be back in Brighton to participate in the annual Christmas toy collection and the Salvation Army bell ringing program. She said the Oxford trip was very gratifying, and the Brighton group left the school, as she put it, "with students and staff smiling,” adding, “That is (the mark of) a job well done.”