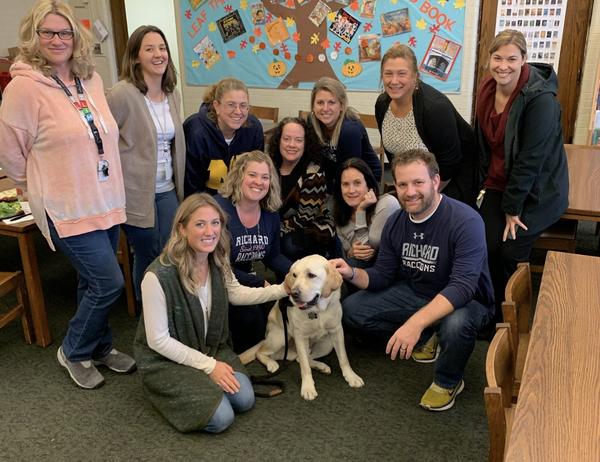 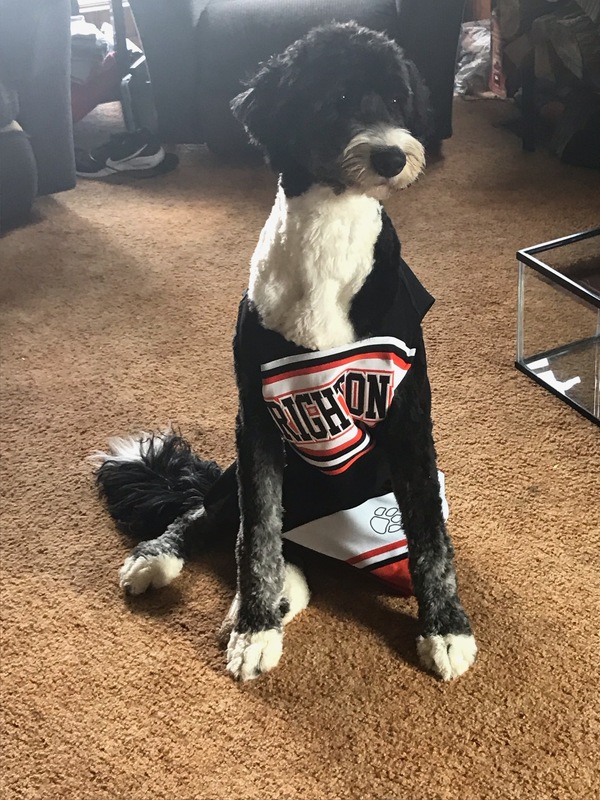 The Brighton Area School District lent one of its therapy dogs to assist Grosse Pointe students grieving the tragic death of two boys in a house fire.

9-year-old Logan Connoly and 11-year-old Briggs Connolly died in a house fire last Monday morning. They were students at Richard Elementary in the Grosse Pointe district. Richard Elementary Principal John Kernan tweeted a picture (top) of BAS therapy dog Scout at the school, surrounded by staff, and thanked the Brighton school district for the help. Scout spent the day with the students and helped them deal with the loss of their classmates.

The one-day donation of Scout's time followed the Brighton Board of Education accepting the gift of $8,500 for the Brighton Area Schools therapy dog program at its meeting this week.

The donation is from the Randy Wise Automotive Group, which has car dealerships in several Mid-Michigan and Southeastern Michigan communities. Brighton, as far as is known, is the first school district in the United States to have a therapy dog in every school in which all of the dogs are owned by the school district and not by private individuals. The cost of purchasing all of the dogs and providing for their training — about $8,000 per dog — has been borne via donations made by companies and private individuals and even their food and veterinary care costs are covered by the donations.

Superintendent Greg Gray tells WHMI he feels the social-emotional-learning dogs (that’s their formal designation) have given the Brighton Area Schools an extra element in helping make the school day a more rewarding experience for students — with less stress.

The newest therapy dog is “Martha” (bottom), and she has been assigned to The Bridge Alternative High School. Her first day was Monday, and Gray says the Bridge students were excited when they met Martha for the first time. Gray has said that the success of the program has resulted in calls from school districts in other areas of Michigan and states asking for information, which he is glad to provide to them. The website for the "BAS Pack of Dogs" program is available through the link below. (TT)