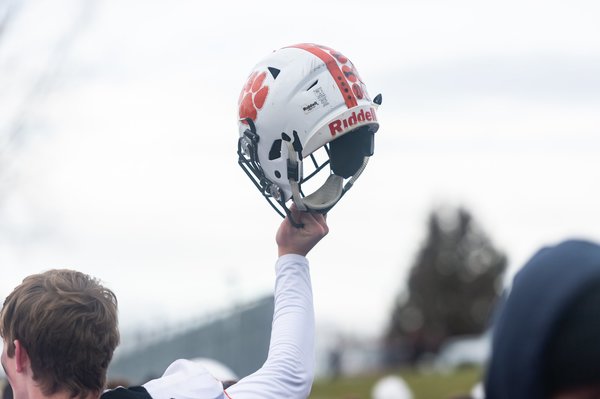 Both male and female athletes in the various fall sports were honored this week by the Brighton Board of Education at its regular meeting as Shining Stars. The Brighton High boys’ cross country team won the state meet and the Bulldogs football team made it all the way to the state finals in Division 1. The Bulldogs won district and regional titles and then beat conference rival Belleville in the state semi-finals to make it to Ford Field in Detroit for the state championship game. Unfortunately, the Bulldogs fell behind early against Davison and ended up on the short end of a 35-25 final score. Nonetheless, Brighton became the first football team from Livingston County in history to make it to the state football championship game.

Superintendent Greg Gray says the most rewarding aspect of Brighton’s success in sports to him is that nearly three-quarters of the student athletes this year are academic all-state.

In other sports programs recognized at Monday’s Board of Education meeting, the BHS Girls’ Cross Country team won the conference championship and finished 4th in the state meet. The Brighton High School Girls’ Swim & Dive Team finished 9th in the state meet last month at Holland. Also, the girls’ Swim & Dive team hosted the KLAA Conference meet for the first time ever this fall at the new high school pool. And in girls’ golf, the Brighton golfers won 6 of their 8 matches on the links. And Brighton’s Maggie Pietila was the Livingston County golfer of the year and is a 2-time all-state golfer. (TT)