BAS Board Selects Myers As President 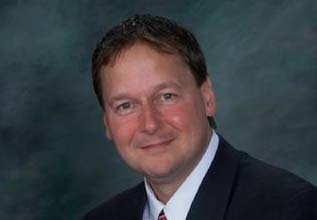 
With past president Andy Burchfield having retired from his seat on the Brighton Board of Education, the board on Monday selected local attorney Roger Myers as the president for the coming year.

Myers, who served as board secretary last year, was elected to a second, 4-year term on the board in November. He and his wife, Kelly, have four children who either attend, or are graduates of, the Brighton Area Schools. Like Myers, the three other officers — vice president, secretary and treasurer -- were chosen at Monday night’s virtual organizational meeting. They include Alicia Reid, who was selected to again be vice president this year. The vote was 6-1, with newly sworn-in Trustee John Conely voting no.

In the other offices, Ken Stahl, who earlier had declined a nomination for vice president because of a heavy work load, was unanimously elected board secretary and Angela Krebs was voted in as treasurer. Myers was unavailable for comment after the meeting, but said in an interview with WHMI last fall that the most critical need in the district is, quote, “the unwavering commitment to successfully and safely educate our children during the pandemic….and maximize student achievement.”

In other matters, the board fulfilled its annual statutory duties, such as determining fund depositories and setting the times and dates of its meetings during the coming year. The next board meeting, which will also be online only, will be on Jan. 25th at 7 pm.