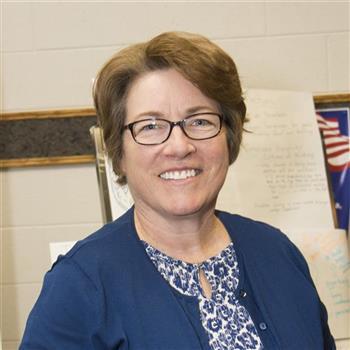 Laura Surrey was selected on a 7-0 vote by the Brighton Board of Education in an action item added to the original Wednesday night workshop agenda. Surrey was Brighton’s assistant superintendent for curriculum and instruction for 12 years before retiring at the end of the 2018-19 term. She started out as a high school teacher, and later became an assistant principal at Brighton High School. She will fill the gap to be left with the departure of outgoing Superintendent Greg Gray next Tuesday. The superintendent’s position is the only one in a public school district that is required by the Michigan Constitution, so the board felt an urgency to hire a person to temporarily fill the position before the end of the month.

Initially, two persons indicated an interest in the temporary position: Surrey and Maria Gistinger, the former Assistant Superintendent for Business and Finance. However, Board President Andy Burchfield said he talked this week with both Surrey and Gistinger, and it was determined that Surrey, who is fully retired, would have more flexibility in her schedule, while Gistinger is employed as a full-time professor of accounting at Walsh College, outside Detroit. In addition, Burchfield said that Gistinger herself recommended that Surrey be offered the post. “Both (Surrey and Gistinger) are equally capable, but (Brighton’s) next big challenge is curriculum,” Board Secretary Roger Myers said, in placing Surrey’s name in nomination.

Surrey was not at the meeting, but was reached by WHMI afterward. Surrey said she is “honored to be given the opportunity to be of service to the district.” She said further that she has, in her words, “the time, experience and leadership ability,” and feels that with the crisis in education caused by the COVID-19 pandemic that “now is the time to give back to Brighton…We’ll do it with collaboration and with innovation, and hopefully will leave the district in good shape,” Surrey said. She will serve in her capacity from July 1st to Oct. 26th, by which time it is felt a permanent superintendent should be in place. Terms of her contract have yet to be negotiated. Surrey could receive up to one-third of her final average compensation, which would amount to $45,000 for about four months of employment.

It was the last meeting for Superintendent Greg Gray, who was heaped with praise by the board for his work over the last 11 years. Myers told Gray that, ”History will judge (him) as the most transformational leader in the history of the Brighton area Schools.” For his part, Gray said he will look back on his tenure with pride. He told the board, “I like to see kids succeed, and we have a lot of great kids in this community.”