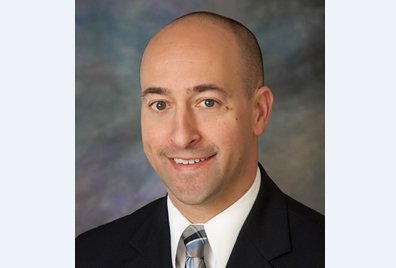 
Meeting in special session Wednesday evening, the Brighton Board of Education approved a contract with Matthew Outlaw as the district’s new superintendent.

Meanwhile, the regular board meeting scheduled for Monday, Oct. 12th, has been moved back to its original location - the Brighton Eduction and Community Center (BECC). It will also be online, according to a statement issued Friday by school district administration. The statement reads: "Based on legal opinion, and for the purposes of maintaining a system/process that is working, we will continue in our current state of having the board members present at BECC and the meeting run virtually for public participation." The meeting had been briefly relocated to the Brighton Center for the Performing Arts due to a recent ruling by the state Supreme Court striking down restrictions imposed via the governor's executive orders. However, as a result of the attorney's legal opinion the meeting will return to its original venue and restrictions regarding public participation.

The vote to hire Outlaw at a salary of $185,000 per year was unanimous. Other details of his contract were not released. The board offered the position to Outlaw on Sept. 23rd, and he informally accepted, and the action at last night’s meeting cemented the agreement. Originally slated to start his new job on Oct. 26th, Outlaw will instead begin his duties much sooner, in fact, this coming Monday, Oct. 12th.

Outlaw was unanimously chosen as one of three finalists at a meeting on Aug. 21st. The other finalists were Brighton Area Schools Assistant Superintendent for Labor Relations and Personnel Sharon Irvine and Swartz Creek Community Schools Superintendent Benjamin Mainka. Outlaw had been superintendent of the 2,400-student Brandon School District in Ortonville, north of Clarkston in Oakland County, since 2014.

Outlaw said he appreciates the board’s “confidence and willingness to give me the opportunity,” adding that he is “looking forward to getting to work on Monday.” He also credited his education in the Brighton Area Schools for his lifelong love of learning and desire to have a career in education. In Outlaw’s words, “There are so many Brighton teachers and coaches that made a difference in my life and the lives of my children….this position is an opportunity to pay it forward to the next generation of Brighton students.”

No one addressed the board remotely at the public comments portion of the online meeting, and the board went into closed session to discuss the status of talks with the Brighton Education Association, which represents about 325 district teachers. The board returned later in open session to adjourn the meeting, with no progress to report. The teachers’ union and district are currently at impasse over the issue of salary.

Outlaw has both a PhD and an educational specialist degree from Wayne State University and earned his bachelor’s and master’s degrees at the University of Michigan. He is a former principal and athletic director of Grosse Pointe South High School and former dean of students and coach at Novi High School.