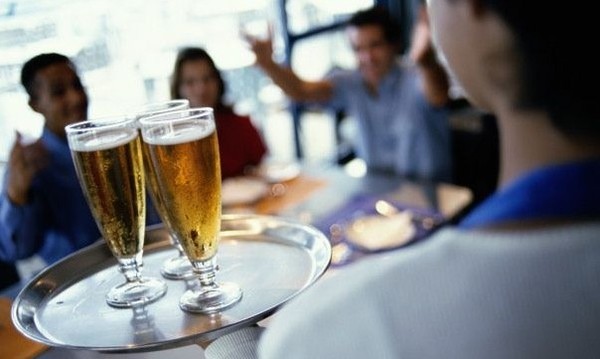 
As data improves and the spread of COVID-19 lessens across Michigan Governor Gretchen Whitmer has begun to re-open the state’s economy.

The entire state has now moved to Stage 4 of the Governor’s MI Safe Start plan, which allows bars and restaurants to re-open at 50% capacity starting June 8th. As a result, Michiganders are no longer required to stay home. Instead, certain businesses will remain closed and specific activities that present a heightened risk of infection will remain prohibited. The executive order states businesses and activities that involve close contact and shared surfaces, including gyms, hair salons, indoor theaters, tattoo parlors, casinos, and similar establishments, will remain closed for the time being.

At Monday’s press conference, Whitmer was asked about many people traveling to Ohio and Indiana for hair and nail salon services. Whitmer said the state is taking a big step forward from essential services only to now re-engaging the economy but some things are still too risky. The Governor said she’s hoping to take the next step in two to three weeks, which is what they believe is needed in terms of data.

Whitmer said she is concerned about people traveling out of state and bringing COVID-19 back because numbers in other states have been increasing while numbers in Michigan are decreasing. She added what Michigan has done has worked – setting it apart from other states. For those that need a haircut desperately, Whitmer said a couple more weeks and the state could be in a place to do that safely. The Governor said strict protocols would still be required but the state may be taking that step and she would like to do so before Independence Day weekend but stressed she must follow the data. Whitmer said she hopes those traveling to Ohio are doing their part to not bring COVID-19 home. For those who haven’t resorted to that, Whitmer suggested they “Google how to do a haircut or throw your hair into a ponytail or curl it” and get through the next couple of weeks so they can start to resume some of these things.

Meanwhile as for the re-opening of businesses; the Governor’s order states “unless otherwise prohibited by local regulation, restaurants, food courts, cafes, coffeehouses, bars, taverns, brew pubs, breweries, microbreweries, distilleries, wineries, tasting rooms, special licensees, clubs, and like places” can all open June 8th. The order allows those businesses to make their own decisions about re-opening but due to the abrupt declaration, it’s unclear how many will actually re-open at that time as many will need time to prepare. Local municipalities are permitted to impose stricter regulations as they see fit.