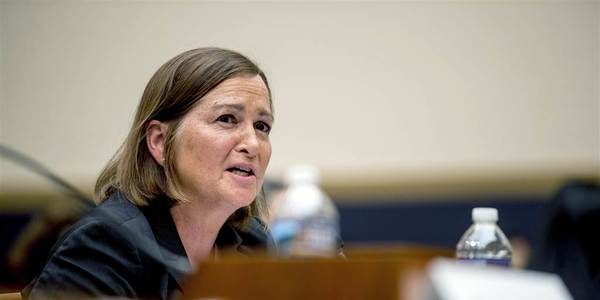 
The former U.S. attorney for the Eastern District of Michigan is shining a light on domestic terrorism following a foiled plot by a group to kidnap Governor Gretchen Whitmer and storm the state Capitol.

Barbara McQuade is now a law professor at the University of Michigan and also serves as a legal analyst for NBC News. She recently discussed the arrests of 13 men, which included Ty Garbin of Hartland Township, who were tied to a foiled plot to kidnap and kill Governor Gretchen Whitmer and storm the state capitol. A complaint stated the group was not happy with the shutdown orders during the pandemic, and is alleged to have conducted training exercises, stockpiled weapons, built improvised explosive devices and conducted surveillance on the Governor’s vacation home.

Calling themselves the Wolverine Watchmen, the group has been referred as a Michigan militia organization but McQuade says it’s really a domestic terrorist group. McQuade told WHMI domestic terrorism is on the rise and the biggest threat is no longer Al-Qaeda or ISIS when it comes to terrorism but white supremacists and violent extremism. She said the plot involving the Governor is deeply troubling and concerning but she’s not surprised by it and hopefully this will be a wake-up call for people that there are violent extremists in the country and divisive rhetoric only serves to incite them to take action. She noted that while the nation protects people’s viewpoints and speech, when it crosses over into violence, that’s a serious crime that needs to be condemned. And she’s pleased to see the unity of law enforcement at the federal and state level taking swift action against the group.

McQuade said she feels these types of threats need to be taken seriously especially considering that Michigan has a long history with the militia movement. She noted Timothy McVeigh, who was convicted and later executed for carrying out the 1995 Oklahoma City federal building bombing, was in Michigan before the bombing and worked with Terry Nichols of Decker, who was one of his co-conspirators in the case. The most recent threat assessment from the Department of Homeland Security noted that last year was most deadly year for domestic violence extremism in the U.S. since the 1995 Oklahoma City bombing. A decade ago, McQuade noted charges were filed against the Hutaree militia group that was plotting to kill police officers, although they were later dismissed by a judge. She said up until recently, she thinks people have not taken seriously some of the danger of these groups - especially now when she says President Trump is undermining the credibility of the election and mail-in voting.

McQuade said she thinks President Trump and his rhetoric, to some extent, should be looked at - referring to his tweet to "LIBERATE MICHIGAN!" and more recently telling the far-right Proud Boys group to “stand back and stand by.” She says groups that are listening for that sort of thing, perceive it as a "kind of call to arms" to act on their cause. McQuade said she "absolutely" thinks there is a danger of violence in connection with the election. “I think there are all kinds of violent extremist groups and individuals all over every state in the country and I think President Trump’s rhetoric of division has been extremely corrosive. We’ve had hotly contested elections in the past, think about Bush v. Gore and some of the others, and you never had the feeling it would lead to armed uprising if people were unhappy with the results. But when you think about people who show up and shoot up temples and mosques and department stores over their perceived grievances, it isn’t hard to imagine that they would feel like they can get famous and would be valued by President Trump if they were to act on this.”

McQuade said so often the groups that engage in violent extremism are looking for a purpose in life and when they find some cause that unites them, it gives them a mission and that sense of purpose. McQuade said the one way to address violent extremism is to try to ease tensions, not escalate them. She stressed that leaders have a moral responsibility to de-escalate tension and promote respect for the law - not vigilante justice.

The full interview with McQuade can be heard this Sunday morning at 8:30 on WHMI’s Viewpoint program.