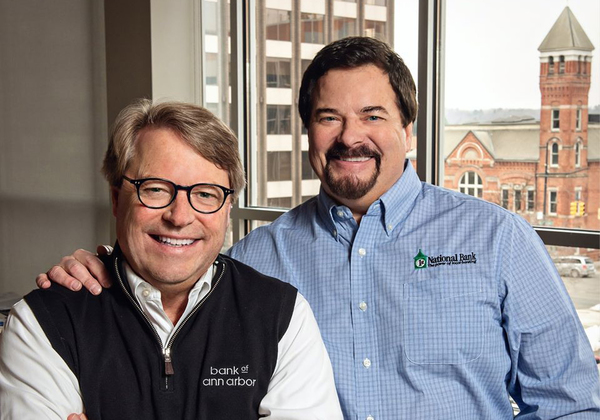 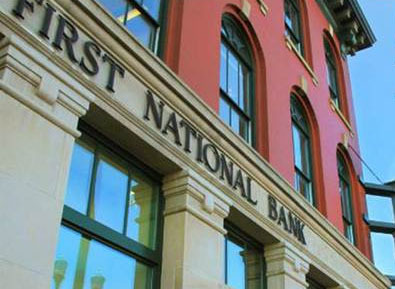 A major Livingston County-based bank has announced it is being purchased by a Washtenaw County-based institution.

First National Bank in Howell has agreed to merge with the Arbor Bancorp, better known as Bank of Ann Arbor, which is expanding into Livingston County. Under the agreement, Arbor Bancorp will acquire First National Bank of Howell (FNBH Bancorp, Inc.) with an all-cash transaction of approximately $101.4 million or $3.65 per share. The combined bank, whose new name is still being determined, will employ more than 300 employees across 17 locations in four counties and have approximately $2.2 billion of total assets. The transaction is expected to be completed during the second quarter of 2020, subject to regulatory approvals and First National shareholders.

“We have been looking for strategic opportunities to expand Bank of Ann Arbor into Livingston County and believe we’ve found the perfect partnership with First National Bank,” said Tim Marshall, president and CEO of Bank of Ann Arbor. “By bringing together two high-performing and like-minded community banks that share a commitment to serving their local communities, we will continue to provide individuals and businesses with excellent service and a full range of financial services.” Marshall added that, ““This acquisition provides us with a well-established and highly respected community bank in Livingston County and provides First National’s customers access to our enhanced portfolio of products and services and greater lending capabilities. Together, we will build upon both of our highly efficient platforms for delivering the best financial services to our clients.”

Ronald Long, President and CEO of First National, said, “The merging of these two established institutions allows us to provide a broader range of banking services to our client base, including Bank of Ann Arbor’s Trust and Investment Management Group, Technology Industry Group, and equipment leasing. In addition, it will greatly expand our lending limits and capabilities in our primary market of Livingston County and will allow us to use Bank of Ann Arbor’s infrastructure to meet the growing compliance and regulatory burdens, giving our team members more time to focus on our clients.” Long added that, “Both organizations share common values and the passion to provide attentive customer service, and the combination will only enhance these principles. Finally, we are pleased these shared values will allow the combined organization to continue the strong commitment to the communities in our market areas and to support a variety of charitable organizations within those communities” Long will continue to serve as district president in Livingston County following the conclusion of the transaction.

Both Marshall and Long emphasized that while none of the current branches would be closed, there may be redundancies identified in some positions that would have to be addressed. However, Marshall said that all efforts would be made to make sure any employees laid-off as a result of the merger would be given first priority at similar positions in Ann Arbor.

Founded in 1996, Bank of Ann Arbor was named as one of the top 100 performing banks in 2015 by SNL Financial, ranking ninth. It was named as one of the U.S.’s Top 50 Best Banks to Work For by the American Bankers Association in 2013, 2015 and 2017. In November 2019, Bank of Ann Arbor was selected by the “Detroit Free Press” as a Top Workplace in Michigan. The First National Bank of Howell acquisition will be the fourth for Bank of Ann Arbor, which purchased New Liberty Bank in Plymouth in 2010, UniFi Equipment Finance in Ann Arbor in January 2013 and Bank of Birmingham in 2017.