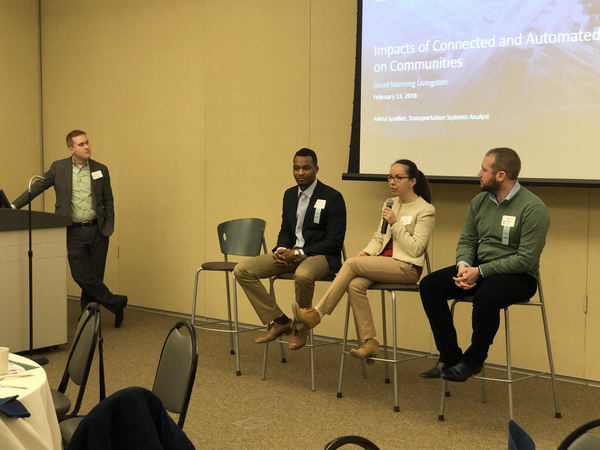 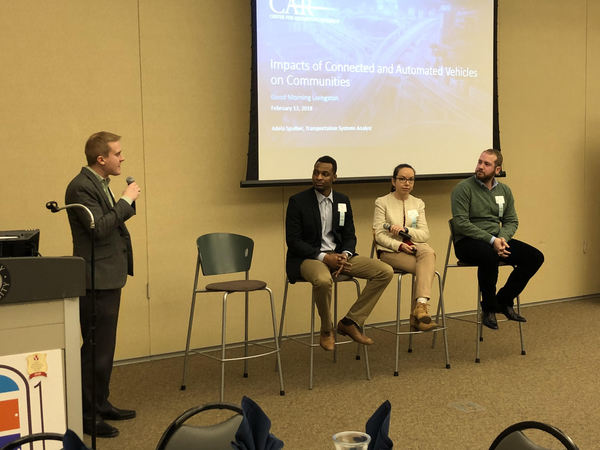 Leaders and innovators in the world of self-driving vehicles were in Howell for a discussion on the current state and future of the industry.

Automated vehicles have been a popular topic for the Howell Area Chamber of Commerce as they held their 3rd Good Morning Livingston event on the subject at the Johnson Center at Cleary University, this morning. Representatives from 3 different companies invested in self-driving vehicles and vehicle-to-vehicle technologies shared their knowledge and took questions from the community. Pierre Bourgin of NAVYA, a French-based developer who recently opened up operations in Saline, discussed the importance of needing to be “better than humans” in order to secure trust. NAVYA has begun recently running self-driving shuttles that carry 15 passengers in Europe. Bourgin said reaction from passengers often runs from an initial state of marvel to “oh, its just a bus...” in minutes. He explained this was a good thing as they were making riders feel comfortable.

Adela Spulber of the Center for Automotive Research spoke of changes to infrastructure that could be coming in the next 5 to 15 years to accommodate the technology. She sees a near-future where traffic lights are connected and can communicate with a traffic control center. They can transfer information to vehicles like what color the light is, as well as weather information to warn of inclement weather approaching. Spuller believes self-driving cars will also make people more willing to travel longer distances to work and on vacation because of the ability to do other things on the commute. When asked about a timeline for mass deployment of self-driving passenger vehicles, Spuller said most OEMs are hoping for 2020, but she sees 2030 as being more realistic commercially.

Seun Phillips of Planet M discussed the nature of connecting developers of the technology to OEMs and how the Michigan automotive industry can thrive from it. He also addressed the trust issue with passengers. He said some OEMs are using “geofencing,” which is when a car has the ability to stay on a predetermined path. Phillips called it a key first step towards getting people comfortable with it, but to be fully autonomous, you have to be able to work in any infrastructure and environment.

Consensus among panelists was optimism about the technology and direction the industry is heading in. Some of the bigger obstacles they saw were around existing road conditions, battery life in winter weather, and skepticism about communities making decisions around their use and implementation. (MK)