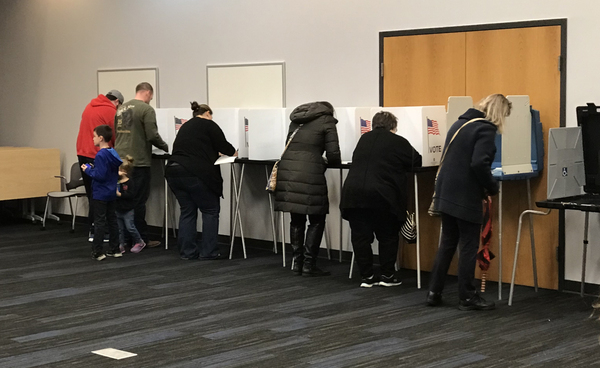 Redistricting in Michigan has resulted in changes at the congressional, state senate, and state house levels. There are also new districts for the Livingston County Board of Commissioners.

A Primary Election narrows the field of candidates moving forward to represent their political party during the November General Election.

Road millage renewals are up for a vote in Cohoctah, Handy and Howell Townships. In Oceola Township, voters will decide a road maintenance and improvement millage renewal.

Fire-related millages are on the ballot in Putnam Township, as well as for voters within the Howell Area Fire Authority boundaries. A bond proposal for a new fire station headquarters and aerial ladder truck will greet voters in Green Oak Township.

Voters within Fowlerville Community Schools will decide an operating millage renewal. Also before voters in the Village of Fowlerville is a millage proposal for a mosquito control program.

The Cromaine District Library in Hartland Township has a millage renewal on the ballot. Voters in Hamburg Township will also decide a millage proposal.

Voters in portions of Livingston County will be casting ballots for a recreation millage for Dexter Community Schools; as well as a proposal for the Shiawassee Regional Education Service District that would establish an area career and technical education program.

Polls are open from 7am until 8pm for those casting ballots in person. All absentee ballots must also be returned to local clerk’s offices by 8pm on Election Day in order to be counted.

A complete list of candidate races and proposals is available on the Livingston County Clerk’s Election’s website. That link is provided.