Area Attorney Suspended For Taking Money But Providing No Work 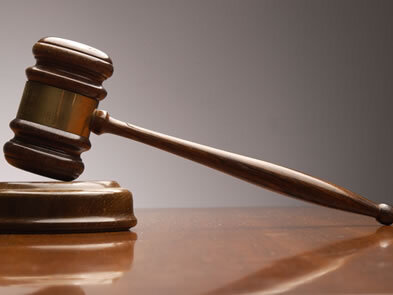 
A Livingston County attorney has been suspended by the State Attorney Discipline Board after multiple clients accused him of taking their money but providing no services.

Stephen LaCommare failed to appear at a November 1st hearing with the Discipline Board, leading the panel to issue an order of suspension that went effective November 17th. The formal complaint petitioned by Michigan Attorney Grievance Commission Administrator Michael Goetz lists factual allegations for 6 counts against LaCommare, who was licensed in 1995.

One of those alleges a Fowlerville couple retained LaCommare for $750 to modify home deeds and wills in December of 2018, but that the work was never performed. The couple says they spoke only once with LaCommare over the next 7 months, as he otherwise would not respond to their calls or emails. After requesting a refund, LaCommare told the couple he mailed a partial one, but the complaint says they never received it.

Another count states that Ampro, Inc. paid LaCommare a $7,000 flat fee for litigation services in March 2019, but that he filed nothing on their behalf and ignored their efforts to reach him until he was fired 8 months later and the firm requested a refund. Two months later they received their refunded retainer fee.

A third count revealed that a corporation called KIP America retained LaCommare for $10,000 to review company materials. LaCommare reportedly told KIP that his firm had a new policy requiring immediate payment, which KIP later discovered was not the case. They say he refunded that money two months later with no explanation.

A fourth victim says she paid LaCommare $3,500 to help with divorce proceedings and removing her name from a state registry in March 2019. LaCommare allegedly did not perform any work over the next 11 months and did not refund any of the victim’s money.

In the complaint, Goetz documents several instances of the Commission attempting to contact LaCommare over the past two years, with those requests most often being ignored or met with an auto-response from his email claiming to be preoccupied with prior obligations. The couple of times he did respond, the complaint states that LaCommare said that the requested information was on the way, but never arrived.