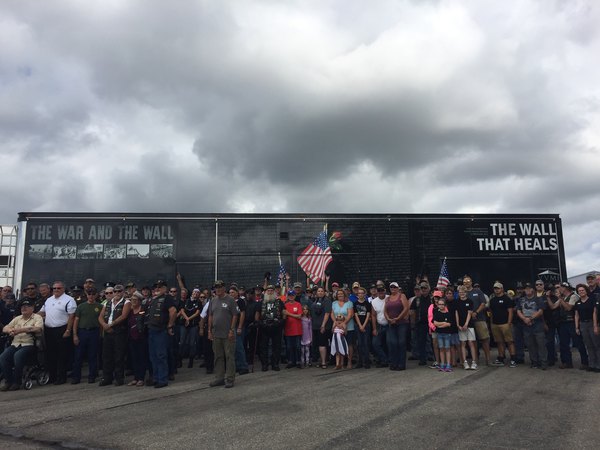 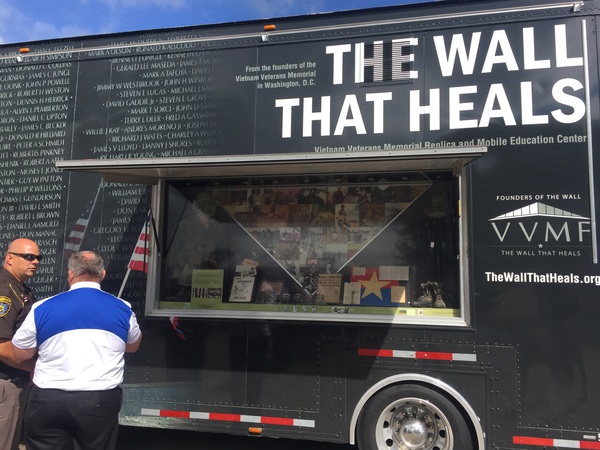 The Wall That Heals will be assembled at the Livingston County Spencer J. Hardy Airport today, as volunteers and project leaders prepare for the four-day exhibition. The Livingston County Sheriff’s Office, first responders, veterans, family members, and motorcyclists escorted the mobile education truck carrying the Wall from Dundee in Monroe County to the airport in Howell Tuesday afternoon.

Vietnam veteran Lawrence Curtis Jr. was part of the caravan that rode into town, passing community members that had lined up along Grand River to welcome the group. Lawrence says he has friends he fought alongside with whose names are on the wall. He became emotional in sharing how the community’s welcome was one that some of his friends never received. Lawrence tells WHMI he’s from Indiana and the plan to participate in escorting the wall is one that only fell into place within the last week, adding that he's grateful to be a part of the journey and grateful to be here physically.

Site Manager Tim Tetz says the journey itself for the traveling replica and its escort can be difficult in terms of preparation, but bringing the Wall to Livingston County is a process that began at least a year ago. The airport was one of 109 applicants that had applied to host the Wall and among 38 communities that have the opportunity to do so. Tetz expects it will take well over 100 volunteers to assemble the Wall, which will begin after volunteer training today.

The Wall will be open to the public 24 hours a day, beginning with opening visitation Thursday. Various events will be held throughout the stay of the exhibit, including recognition of first responders on Friday, Agent Orange Awareness Day Saturday, and recognition of women in the military and gold star families on Sunday.


There are 58,318 names on the wall honoring those that lost their lives, with over 1,500 service members unaccounted for. The wall is a three-quarter scale replica of the Vietnam Veterans Memorial in Washington D.C., measuring 375 feet in length and 7.5 feet tall at its highest point. (DK)