Arraignment Held for Pair That Fled From Police in Stolen Vehicle 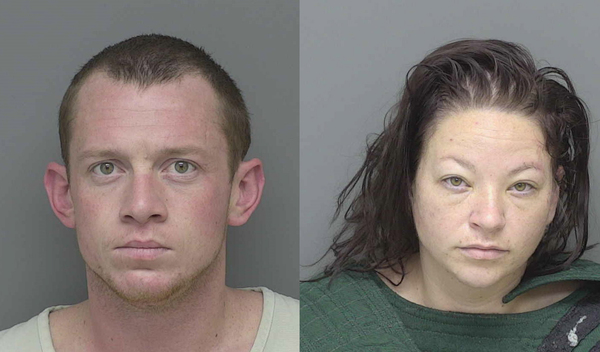 Two Jackson residents have been arraigned on charges related to an incident in which they allegedly fled from police and broke into a residence in Howell.

The charges stem from the incident that occurred on New Year’s Day. Livingston County Sheriff’s deputies were first dispatched to the area of Burkhart Road and Grand River around 11:40am on a report of a suspicious vehicle. Deputies located the vehicle in the area but it fled off the road, rammed a Sheriff's Office patrol car, and left the scene. Authorities say the vehicle then drove recklessly into the City of Howell, where the occupants fled on foot and broke into an occupied residence.

Multiple witnesses called 911 and directed responders to the location of the vehicle occupants, later identified as Sinko and Medina, and they were taken into custody. Police from multiple agencies assisted and investigation showed that the vehicle had been reported stolen to the St. Joseph County Sheriff's Office and that Sinko and Medina were in possession of controlled substances.

Court records indicate Sinko will return to court January 15th for a probable cause conference, while Medina is scheduled for a pretrial hearing February 4th. (JM/DK)