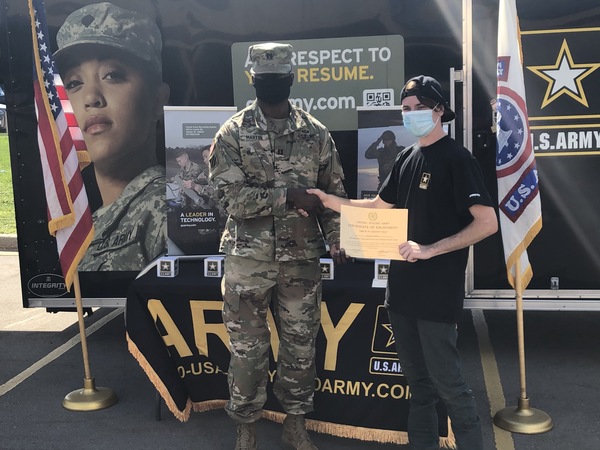 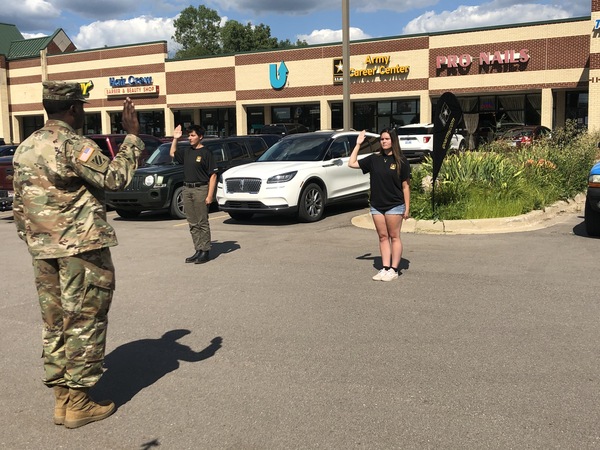 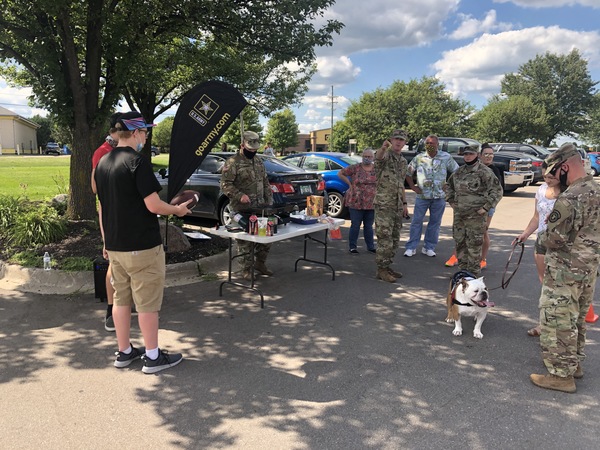 A special event was held for families and recruits who are going into a branch of the military.

Station Commander and Sergeant Zachary Dailey spoke to the significance of the event. He said “This day is very important for the people in community (to know) that young people decided to join the army, especially during these times in America. The world is changing and they decided to stand up and change the world.” He continued, saying “The biggest thing is that families can’t be at the Military Entrance Processing Station in either Lansing or Troy, Michigan because of the pandemic. I thought this would be a great opportunity to highlight these future soldiers and the families to be able to witness that magical moment to take the same oat that every service member has taken before us, now, and in the future. Them being able to witness this is great.”

The recruits took their oaths while being socially distanced, before donning masks to receive their Army Challenge Coin, and then taking photos with loved ones. From here, Dailey said their journeys will take the recruits to one of four forts in either Georgia, Oklahoma, Missouri, or South Carolina. Dailey wanted to stress to commitment the recruits are making in the midst of a pandemic, saying they decided not to take the easy way out or make an excuse for what is happening around them. Instead they decided to make an effort to change themselves and change the world as a whole.

Dailey said recruiting has been challenging in some cases lately, but that they are able to change and adapt to find the brightest and finest volunteers, whether the enemy is one that can be seen or is microscopic and you can’t.

Also taking part in the day’s event were deputies from the Livingston County Sheriff’s Office and fire fighters from the Brighton Are Fire Department.