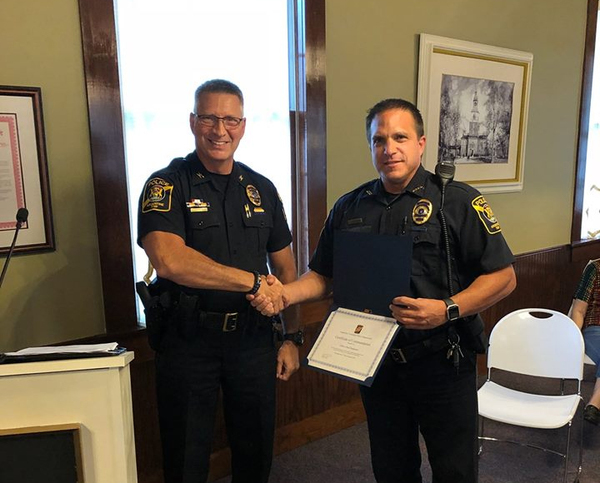 A local police officer is being praised after doing something he’d never done in his 20-plus years of law enforcement.

Argentine Township Officer Paul Honkanen is being commended for his actions to help deliver a baby in July. Jennifer Hilla says she was still two weeks from being due to deliver her child when she went to her mom's house in Byron on July 17. When she began having contractions, they were far enough apart that she wasn’t worried at first. But when they became closer, her sister called 911. But the ambulance got lost after it was mistakenly dispatched to Gaines Township instead of Byron. Officer Honkanen had also originally headed in the wrong direction, but was able to eventually find the correct house and was first on the scene.

But Hilla was already on the front lawn and ready to give birth, so he used his training and walked her through the process, resulting in baby Scarlett being born at 8:54pm. At the August 27th meeting of the Argentine Township board, Officer Honkanen received a departmental Commendation for his assistance in delivering the baby. (Honkanen at right with Chief Dan Allen)