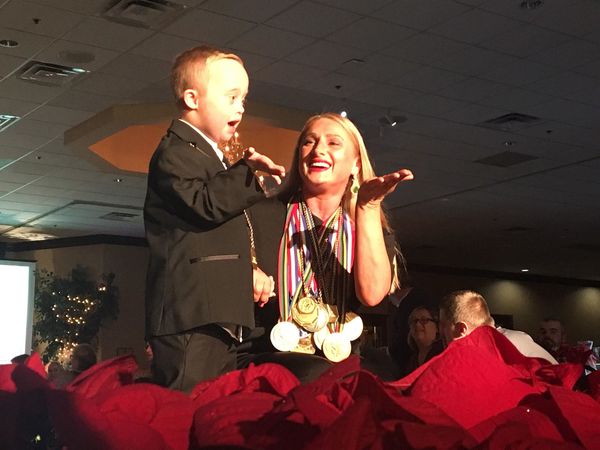 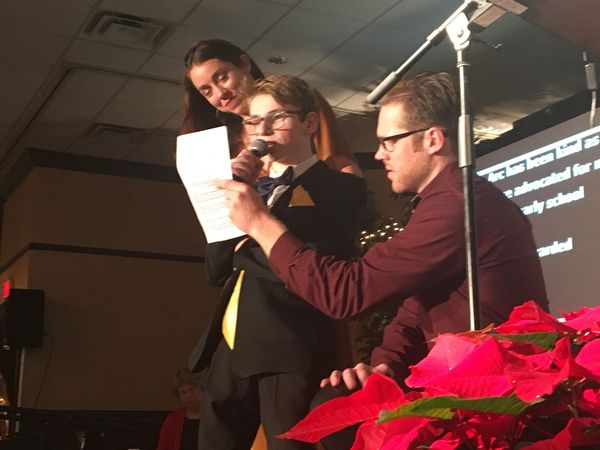 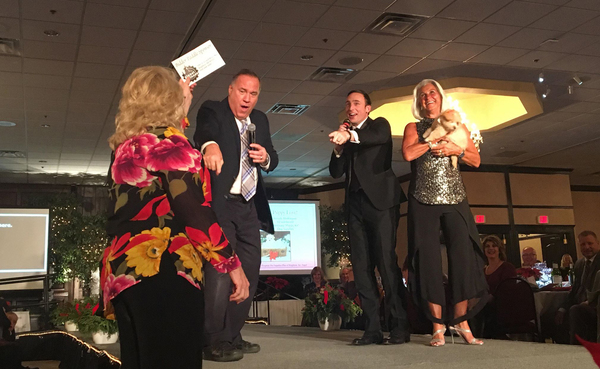 Community members with developmental disabilities shared the runway with celebrities at a yearly fashionable fundraiser benefitting a local nonprofit.

Model-esque walks, dancing, local celebrities and, the stars of the show, members of The Arc Livingston, took over the organization’s yearly Celebrity Holiday Fashion Show, held at Crystal Gardens Banquet Center in Genoa Township Thursday. This year is the 26th anniversary of the fashion show, which raises money for The Arc’s mission to empower and support people with developmental disabilities to help them become engaged community members. The fashion show features Arc members paired with area celebrities and leaders, who walk the runway together modeling clothing donated by local shops.

One of this year’s models was Arc member Lola Smith, who has participated in the fashion show for the last six years. Smith, who is nine years old, says her favorite part of the show is dancing and waving while on the runway. She also says she's made great friends with members of The Arc, and enjoys helping the organization.

This year’s event featured a silent auction and a jewelry raffle, in addition to the fashion show’s tradition of auctioning off a puppy that walks the runway with one of the pairs of models. Among this year’s models, as he has been in many years past, was Larry Prout Jr. of Howell, who was also honored as this year’s “Arc Angel”. Prout has become the public face of The Arc in recent years, having required extensive surgeries from birth for various medical issues. Prout is an active volunteer and was recognized for raising awareness and money for The Arc and people with disabilities. He was also honored with a plaque acknowledging his efforts and outreach from Congresswoman Elissa Slotkin.

At the event, Prout shared his story and how he has used the challenges he has faced to advocate for others stating, “I wasn’t given much of a chance to survive as a newborn baby…For a long time, I didn’t understand my place in the world. Why would God put me here with a broken body? If I can help others by being strong, by smiling, by giving them strength and hope just by being me, then I would never give up. Life is a gift and I love my life.”

The Arc had one of its biggest shows yet, with a record number of people in attendance, according to Arc Executive Director Anne Richardson. It will take a few days to tally the final amount raised for The Arc. All proceeds from the event will remain in Livingston County. (DK)