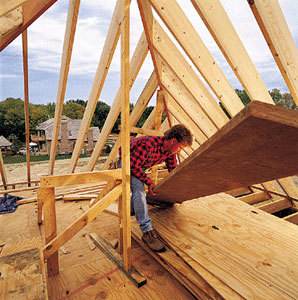 
Proposals are being sought for grant funding aimed at expanding apprenticeship programs with a focus on underrepresented populations that the state wants to grow to prepare for the future.

Over $11 (m) million in U.S. Department of Labor funding has been made available for apprenticeship expansion and proposals are being sought from groups of statewide and/or local partners that will work as consortia to expand registered apprenticeship opportunities. There is a target of establishing at least 5,230 registered apprenticeship opportunities in Michigan and specific awards are focused on including under-represented populations, including youth and veterans, and expanding into non-traditional industry sectors. It’s anticipated that about 10-15 grants will be awarded that range between $300,000 and $1.1 (m) million each.

Scott Jedele is the State Administrative Manager for Apprenticeship Expansion in the Michigan Department of Labor and Economic Opportunity. He says they’re looking to grow high-skill, high-wage, high-demand career areas - which is where the opportunities will be – and sectors are focused on advanced manufacturing, construction, energy, healthcare, information technology, and mobility. Jedele says they’re really excited about the opportunity as registered apprenticeship programs are a critical success factor for growing the right skills in Michigan overall. He says the opportunities created by this project work are very important for employers looking to grow employee skills - the right skills - to have them suitable for various occupations in emerging and current high-growth sectors in Michigan.

Jedele tells WHMI employers in Michigan are really concerned about knowledge transfer from what can be an older workforce to a new and future workforce – noting the registered apprenticeship process starts an immediate transfer of that knowledge from the current to future high-value workers. Jedele says for employees, especially in a new area, it’s an earn-and-learn opportunity; meaning they’re actually earning a wage while learning the skills that are needed. In almost every case, he says that happens with limited or no education and tuition debt so it benefits both job seeks and employers in Michigan. Jedele says the registered apprenticeship model is proven to accelerate skill development in areas where the occupations are targeted and set up for the programs. So for employers, he says the opportunity brings an immediate fill to a job opening with an employee that’s motivated and learning the exact skills for that position.

Jedele says entities that can respond to the competitive request for proposals include consortia or groups of people working together in Michigan interested in expanding or creating apprenticeship opportunities. Those groups would include Michigan Works! Agencies, employers, unions and in some cases vocational rehabilitation entities. He says proposals are also being sought to help to expand youth apprenticeship, with the Department of Education and Office of Career and Tech Education likely to be involved in those proposals. Jedele says they’re hoping there will be either regional or sector based groups. He noted there are already groups across the state that work together to grow and promote registered apprenticeship and those entities that come together and work as a consortia are also eligible to submit proposals.


Proposals must be submitted by February 1st and Jedele says now is a great time to get started. Since federal funding is involved, he says the process is fairly complex but a webinar is being offered on Wednesday that explains all of the details around the requirements for a successful proposal for potential applicants. Registration is required. Instructions and a copy of the RFP can be found at www.Michigan.gov/Apprenticeship. The link is provided.