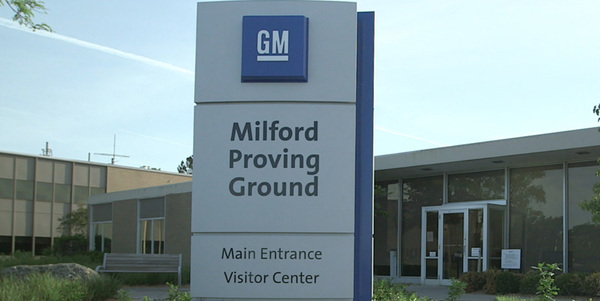 The Michigan Court of Appeals has reversed some decisions in a lawsuit filed against General Motors alleging contamination from the Milford Proving Grounds.

The plaintiffs in the lawsuit are three couples who owned or owned homes in the Oaks subdivision in Milford. The lawsuit was filed in 2017 and alleges contamination of the plaintiffs’ groundwater and that GM committed fraud by concealing its knowledge of the contamination. The plaintiffs are seeking compensation for property damage and personal injury caused by GM’s alleged pollution and for the cost of obtaining drinkable water. GM maintains the suit has no merit as salt deposits naturally occur in the area, adding that salt usage at the Milford Proving Grounds has been significantly reduced.

The lawsuit was initially filed in Livingston County Circuit Court, but was later moved to U.S. District Court in Detroit after GM asserted that the claims were covered under its 2009 bankruptcy. The bankruptcy court determined the New GM can be held liable for damages to plaintiffs for failure to comply with statutorily based environmental laws caused by conduct of New GM or as remediation for conduct of Old GM. Livingston County Circuit Court Judge Michael Hatty earlier granted General Motors’ motion for a stay of trial, or temporarily halting judicial proceedings, pending a Court of Appeals order.

Oral arguments were heard in July by the appeals panel, which recently issued an opinion and remanded the case back for further proceedings. The panel ruled that the plaintiffs’ claims based on conduct of Old GM in the case are barred by the statute of limitations, reversing the order of the trial court denying GM’s motion for an immediate dismissal of the case, also known as summary disposition. The opinion states the plaintiffs failed to state claims for fraud, negligence and nuisance, thus GM is entitled to summary disposition of those. The COA reversed the order of the trial court regarding those claims. However, the court remanded those counts to the trial court to permit the plaintiffs to move to amend their complaint to cure the deficiencies that otherwise entitle the defendant to summary disposition of those counts.