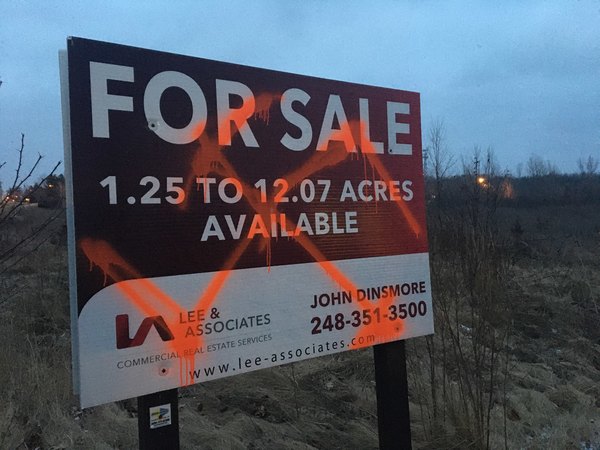 Some racist graffiti has been discovered on buildings and signs around the Howell area.

A swastika was spray-painted on a real estate for-sale sign on property on Grand River near downtown Howell. Two Howell businesses were also vandalized. An anti-Semitic message that read "Jews did 911" was written on the entry gate to the parking lot of the Livingston Daily newspaper building located at 323 E. Grand River in downtown Howell. That has since been cleaned up. Earlier this month, the same message stating “Jews did 911” was written on a brick on the outside wall of Uptown Coffeehouse with what appeared to be a sharpie on January 7th.

The incidents are currently under investigation by Howell Police. (JM)